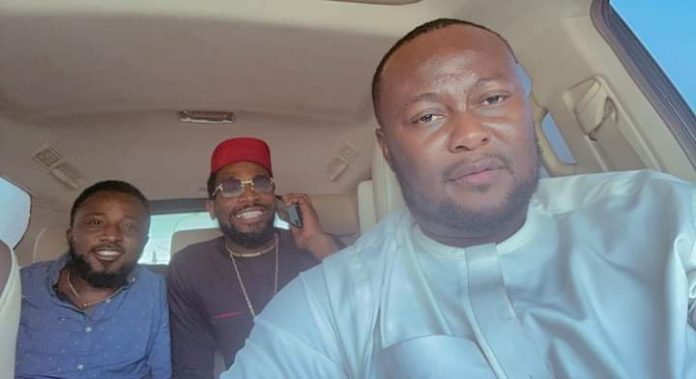 He was arrested on allegation bothering of diversion of N-Power funds.

His lawyer, Pelumi Olajemgbesi,  with a picture to back it announced the Koko Master has been released. He added he was let go on self recorgnizance   after he was said not have been found wanting in the allegation put against him.

Below is the text added to the picture posted by Olajemgbesi.

“DBANJ released on self recognizance after ICPC could not find anything incriminating on him. He is clean. It is an embarrassment to the entire country that such a huge allegation of 900m Naira without any evidence, yet made public unconfirmed. The Chairman and entire officers of ICPC must be deeply sad and embarrassed also that their decent organization was used for such a shameful publicity against an innocent man. Only few organizations and persons stood and waited to verify the claims. Nigeria is evil. The Minister that claimed to have instructed ICPC, when she only cashed into already ongoing investigation must now be ready to explain to world. We still demand, provide the details of the government authority he allegedly collaborated with, provide the account and amount allegedly traced to Dbanj’s account. This is to say big thank you to Chief Mike Ozekhome SAN and my Learned Senior Barr. Babs for the leadership. Special thanks to all officers of ICPC for treating Dbanj kindly through his stay. Dbanj, chop life!”