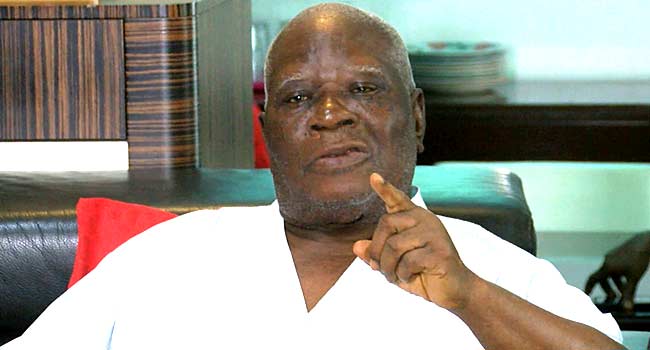 Ijaw leader Edwin Clark has warned there may be no Nigeria without zoning in 2023.
The leader of the Pan Niger Delta Forum (PANDEF) said any attempt to scuttle the zoning policy may scuttle national unity.

The former national commissioner, who spoke during an interview on Arise TV, said: “My idea of zoning the presidency to the South-East is well-known. No Nigerian will like to live in a country where certain people believe that they have the only right to lead.

“The APC believes the 12 million votes by President Muhammadu Buhari might be eroded if it is zoned to the South. The PDP is also considering zoning to the North. This is unfair.

“Nigeria stood on three legs, and it has never been steady since one of the legs was destroyed during the Civil War. If zoning which will heal the wounds is not done, there will be no Nigeria. Nobody will remain in this country as a second-class citizen.

“The North believes their population can be used to oppress other Nigerians. This is not acceptable. The era of that has gone. There are many good Northerners but the Fulani-oriented ones want to dominate everywhere.”