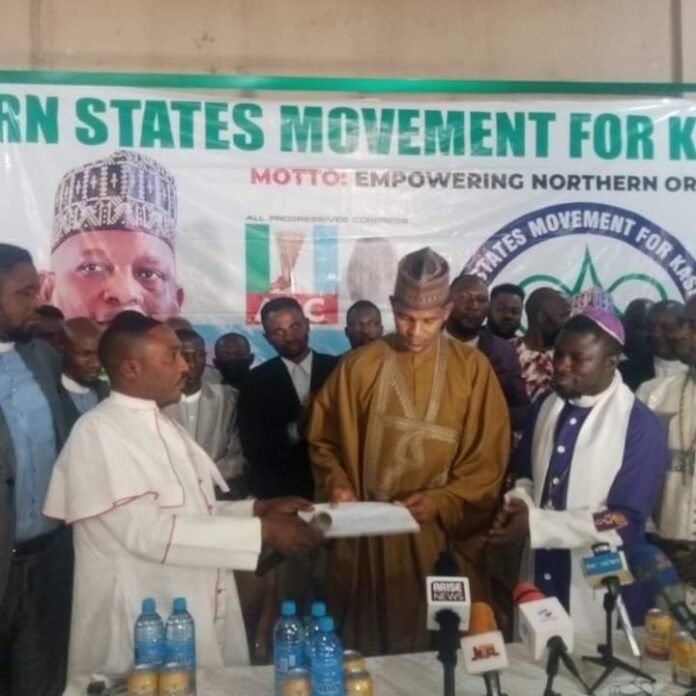 A group of Christian clerics from the 19 Northern States have declared support for the Tinubu/Shettima presidential ticket.

They said the All Progressives Congress(APC) presidential ticket will reset Nigeria for progress and unity.

The Clerics, mostly youths who converged on Kaduna to deliver a letter to Senator Shettima on their expectations from Tinubu’s government, stated categorically the Church is not against APC.

One of the leaders of the group, Bishop Monday Yaknat, while presenting the letter to Shettima through the Director-General of 19 Northern States Movement For Kashim Shettima, Alhaji Abubakar Aliyu, said: “As ministers of the gospel, we are fathers, we belong to everybody. If APC comes to us, we pray with them, if any other party comes to us, we pray with them. We will present a letter to Shettima and assure him that we will stand behind him, we will support him and if God gives him victory, he should remember that.”

Bishop Yaknat, who is also the Executive Director of Hope For Handicap Persons Foundation, added: “We are not doing this as politicians, we are doing this as a Church. We are not saying everybody must vote APC, but I am assuring you that some of us will vote APC, including my humble self.

“For those of you coming here for the first time, we have ministers group that is involved in politics. We are insisting pastors should be involved in politics. If you feel you are interested, you can join our group, we don’t only do politics, we encourage and help ourselves, especially those that are just starting.”

Responding to the turnout of the clerics, Aliyu said initially the group was bent on delivering 16 million votes for APC in the presidential elections but with the overwhelming support from the Christian clerics, he is vowing to deliver nothing short of 20 million votes.