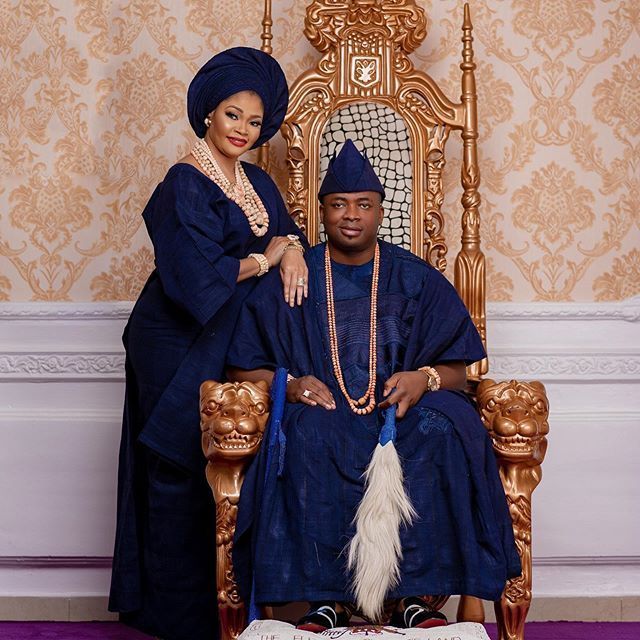 Sociable Lagos monarch, Oba Saheed Ademola Elegushi of Ikate land and his first wife of many years, Olori Sekinat Aramide have shut the mouths of those spreading bad tales about the royal couple that all is no longer well between them.

When news filtered through that the youthful king, Oba Ademola had picked a second wife, rumour mongers took advantage of this to spread what has turned out to be falsehood about the couple since the King’s decision to pick a new wife. Elegushi, it will be recalled in a private but classy atmosphere picked a second wife from the northern extraction, Hadiza Tanko.

The royal couple Elegushi and Olori Aramide who have been married for sixteen years silenced detractors recently when they stepped out together to grace an occasion. The recent public appearance of the royal couple says no other thing about them other than clear and obvious indication that happiness and peace remains the signature of the royal household.

It may be of interest to know that Oba Elegushi and Olori Sekinat who have been happily married about 16 years with lot of achievements and children to show for it kicked off their romance back in the days at the University of Lagos as undergraduates.