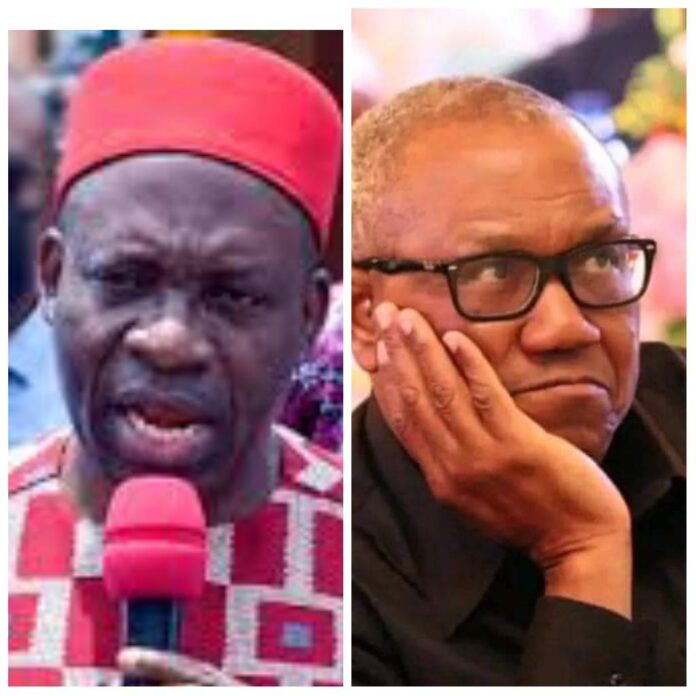 Anambra State Governor, Charles Soludo on Thursday said the purported investments by his predecessor in office, Peter Obi are worth next to nothing.

Obi is the presidential candidate of the Labour Party. Before clinching the party’s ticket, he governed Anambra from 2006 to 2014.

Speaking during an interview on Channels Television’s Politics Today, Soludo said he is not aware of any investment in the state by any of his predecessors.

“I think there was something I read about somebody speculating about whatever investment. With what I’ve seen today, the value of those investments is worth next to nothing. So, let’s leave that aside,” the governor said.

The governor also spoke on his administration’s plans for the people of Anambra State, noting that over 5,000 teachers in the state will get their employment letters in a few days.

He stated, “We are handing out employment letters to more than 5, 000 teachers to end an era of schools without teachers.

“We are going to have 240 plus doctors and consultants to man our general hospitals, so if you look at the five fingers approach of our programmes we designed our budget to keep our eyes on the ball.”

The governor’s remarks come after he presented the N258.97 billion 2023 budget to the House of Assembly chambers in Awka.

The budget christened, the budget of acceleration” recorded a raise from the N170 billion revised 2022 budget presented by Soludo in May.

During the presentation, he said that the 2023 budget embodied his administration’s “single-minded focus and determination to continue to press the accelerator pedals in spite of the risky bumps on the way”.

The budget has a capital expenditure of N164 billion, accounting for 63.2 percent, while recurrent expenditure at N95.5 billion accounts for 36.8 percent, representing a budget deficit of N13 billion.

According to the governor, about N91.8 billion, representing 56 percent of the total capital expenditure, was devoted to land transport, power generation, and urban reintegration.