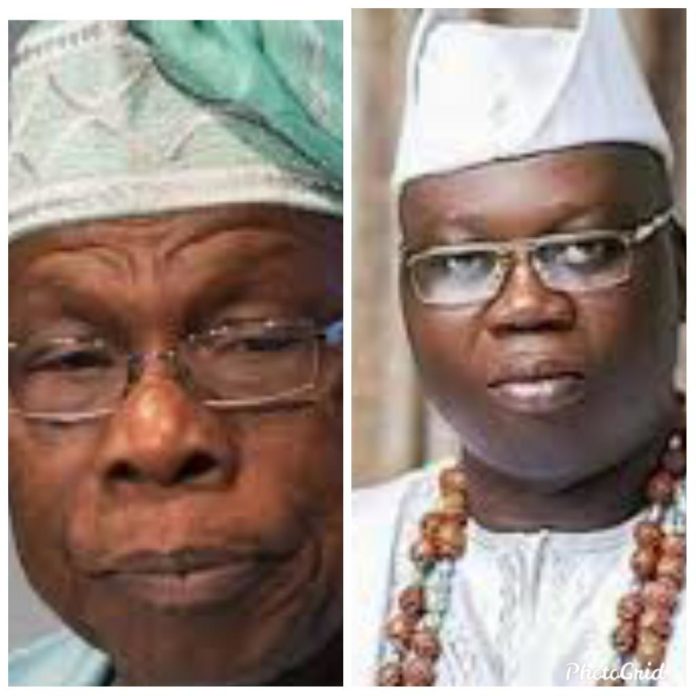 Nigeria’s former President, Chief Olusegun Obasanjo has said he never had a quarrel with the Aare Ona Kakanfo, Gani Adams to warrant reconciliation.

Reports on Wednesday suggested that Obasanjo finally reconciled with Adams at the residence of Chief Ayo Adebanjo in Lagos.

But Obasanjo, in a statement issued by Kehinde Akinyemi, his Special Assistant on Media, said his attention had been drawn to some publications reporting an acclaimed reconciliation between Adams and himself at the residence of Chief Ayo Adebanjo in Lagos on Wednesday.

”I have no quarrel with Gani Adams, but for his past way of life which was not in accord with my standards and principles.

”I have in the past, both in government and out of government, refused to grant Gani’s request to visit me,” he said.

According to Obasanjo, “If at all anybody feels I have a quarrel with him or her that needs r