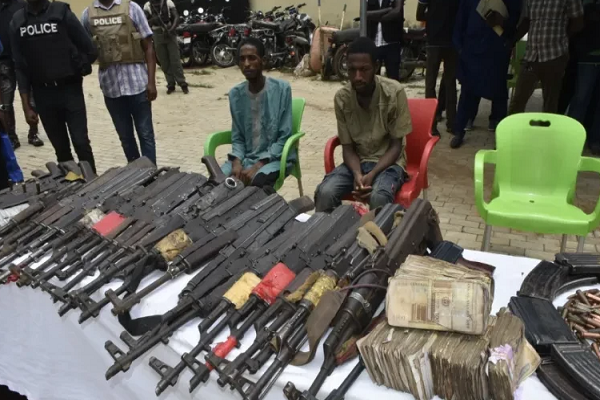 Two men, Aminu Lawal and Murtala Dawu, who allegedly worked with one Yellow Ashana, a suspected kidnap kingpin, reportedly confessed to the abduction and murder of two policemen and one vigilante in 2021.

They equally confessed to the kidnap of students from Greenfield University in Kaduna State, and the murder of five victims.

Olumuyiwa Adejobi said, “Intelligence showed that their area of operations include Dan Hunu, Kekebi, Dan Busha Rido, Maraban Rido, and Kumi Sata, all in Kaduna State. FIB-STS operatives caught up with them in March, 2022, after being on their trail upon the mention of their names in connection with the kidnap of Bethel Baptist School students in 2021.”