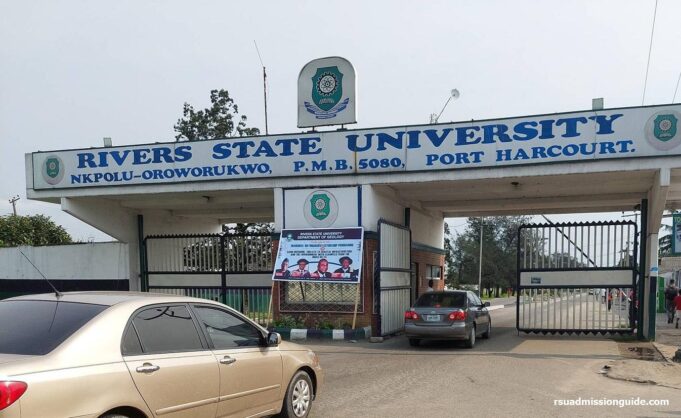 The Rivers State University (RSU), Port Harcourt has banned ‘indecent dressing’ by students on its campus with immediate effect.

Others were tattoos, nose rings by both sexes of students, ear rings by male students, tinting of hair in different colours, sagging of trousers, wearing of torn jean trousers and bathroom slippers.

The ban is contained in an internal memo signed by the Registrar of the institution, Dr. Sydney Enyindah on Friday. 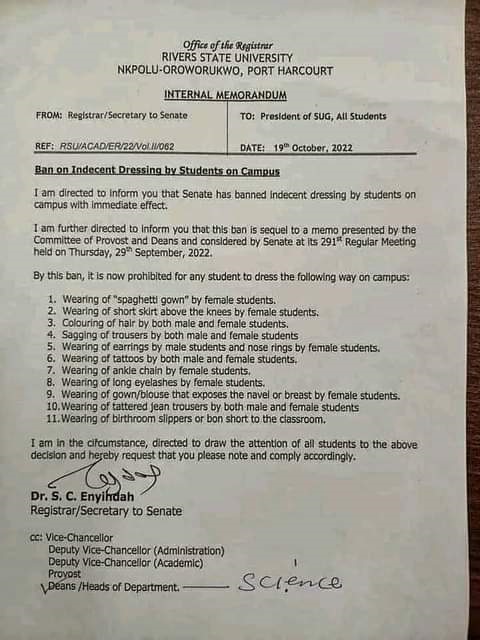 The registrar said the Senate of RSU took the decision to ban the indecent dressing on campus at its meeting of September 29.

“Students are hereby directed to take note and comply accordingly as enforcement of the directive will begin immediately,” he said.