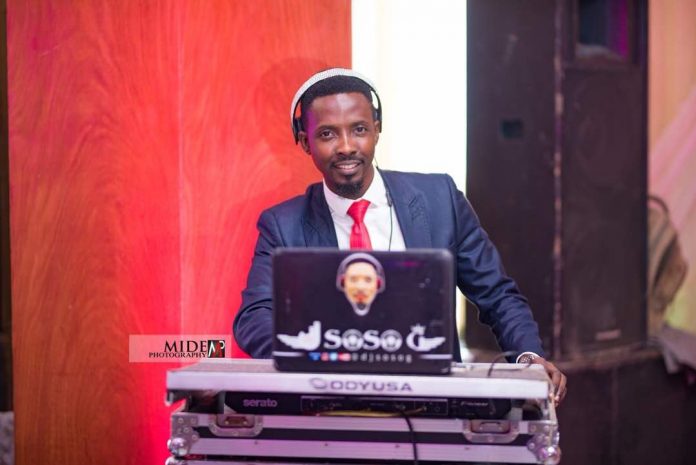 Back in the days, the entertainment scene used to be one area parents would hardly approve their wards to venture into and that was basically because the practitioners were regarded as unserious and never-do-wells. Without an iota of doubt, that impression has been committed to history even as the success being recorded in that industry is tempting enough to encourage more participation. Meanwhile, among those who could be referred to as good ambassador of the industry is disc jockey cum on air personality, Moshood Abiodun Idris, better known as DJ Soso Gee (aka DJ Soso Gospel) plies his trade with Lagos based radio station Metro FM as a resident DJ of the station. Soso, the CEO Positive Vibes Entertainment co-hosts Night bent, Old School throwback/midday lounge, and Sunday Morning Glory show.
This Oyo State-born University of Lagos graduate of Business Administration started his romance with disc jockeying by performing at street carnivals, night clubs before his talent, professionalism and good conduct took him to greater stage where he’s been blazing the trail. In the line of duty, he’s performed with Davido, Onyeka Onwenu, Banky W, Olamide as well as on big stage like Glo Laffta Fest Tour, Ovation Green Carol, Unity Bank ‘UNIFI’ campus shuttle among many more.
As a humanitarian, the award winning disc jockey was recognized by the National Emergency Management Agency (NEMA) as a volunteer during a selfless service rendered in Abia State.
As part of his efforts to impact lives beyond his activities on the air waves, the handsome amiable dude, Moshood, through his outfit is presently working on reaching out to young talents on the street, schools and orphanages even as he preaches to parents and guardians to encourage their children and wards who are good at art to seek creativity at the expense of capital gain.