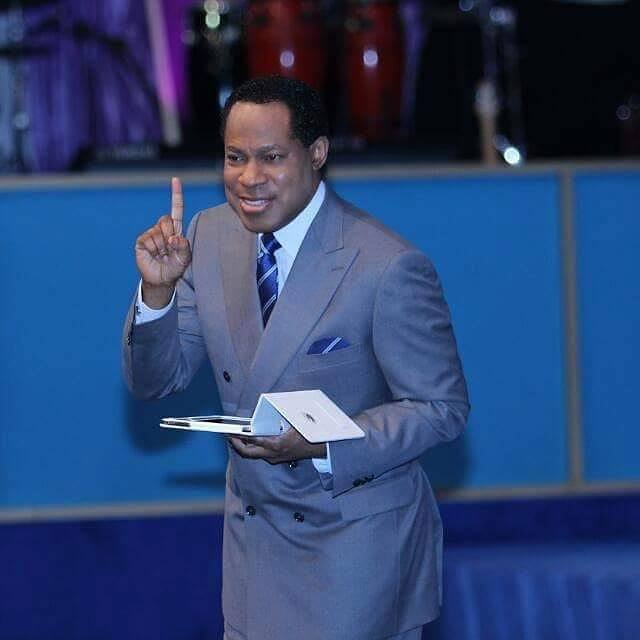 Without a doubt, lots of marriages have broken on the heel of equality between husband and wife. While men feel their wives should submit to them in totality, some wives, those who subscribe to feminism especially feel they have the same rights as their husband in the marriage.

However, most definitely from the point view of the bible, popular founder of Believers Love World a.k.a Christ Embassy, Pastor Chris Oyakhilome has lend his voice to the controversial issue stating categorically that husbands are masters to their wives in a marriage and not equals.

Husband does not mean the male partner in a marriage, husband means master. The reason for most problems in Christian marriages is the fact that women refute God’s definition of marriage and form theirs. They believe they are equal partners. If most women had their fathers bold enough to talk to them, they will be very successful in their marriage and they will be very happy people. Most women have never been taught by their parents, their fathers particularly and that’s their biggest problem because they don’t know who a man is, they think he is another woman.

In marriage, you have the man who is the head of that union and because he’s the head of that union, its important to understand him. You think he’s the one that needs to understand his wife and that is where you are wrong. He will eventually but you have to know the type of man you are married to and his needs.When you say you are marrying a man, you are coming under his authority. The Bible says, the man is the head of the woman (1 Corinthians 11:3) so when you marry him you come under his authority, you are not authority sharers even though you are both heirs to the kingdom of God.When you decide not to subject yourself to that authority, you are a rebel and God is not going to accept what you are doing because you are not functioning correctly.

Why did God make the woman?Making woman was not God’s original plan because after God created Adam and before He made Eve, He said in Genesis 1:31 “Then God looked over all he had made, and he saw that it was very good”. God made woman because of man so woman was not His original idea. This is reality.Genesis 2:18a “And the Lord God said “for it is not good for a man to be alone..” The Bible didn’t say “lonely” but “alone”. There is a big difference. Man wasn’t lonely but alone. Genesis 2:18b “…I will make him an help meet”. He didn’t say a partner or a supervisor or a special advisor or someone to tell him what to do.I will make him someone to help him. God gave man a responsibility so woman was made to help man achieve that responsibility.

If this is understood in every home then you won’t have problems.I tell people that you don’t need a marriage seminar, you need the Word Seminar.

Let me tell you, no husband wants another mother, he has had one all his life. He doesn’t want an older sister, he probably had one.Your secret is in obedience, your secret is in listening to your husband, your secret is in doing the things that please him. When you don’t do the things that please him, you take the role of a mother or of an older sister. A man loves the one he serves (God) and the one that serves him (a good wife). He fights the one that wants to be at the same level with him (a rebellious wife).

To be happy in your family and home is the easiest thing in the world, just take your role. Take your place. That place that God gave you is a beautiful place. Its a place of peace. Its a place of love. It’s a place of excellence. Every wise person listens to wise voices (advice) but he listens to a wise voice that is presented wisely. Everyone rebels against the voice that is trying to make a fool out of him. When you want to correct your husband, don’t lord it over him, present it as a wise suggestion. Humble yourself and be smart. A wise woman will always be an influence to her husband, the foolish one will always annoy the husband, make him mad, make him angry and when you make him angry, you will be the victim.

Learn to listen to your husband, practice it, tell yourself that you are going to do it because that is where your beauty is.Once you stop listening, your beauty evaporates. You wonder why you are dressing and he can’t see it, he doesn’t remember your last hair style. Beauty is in obedience. That’s where the Glory is.