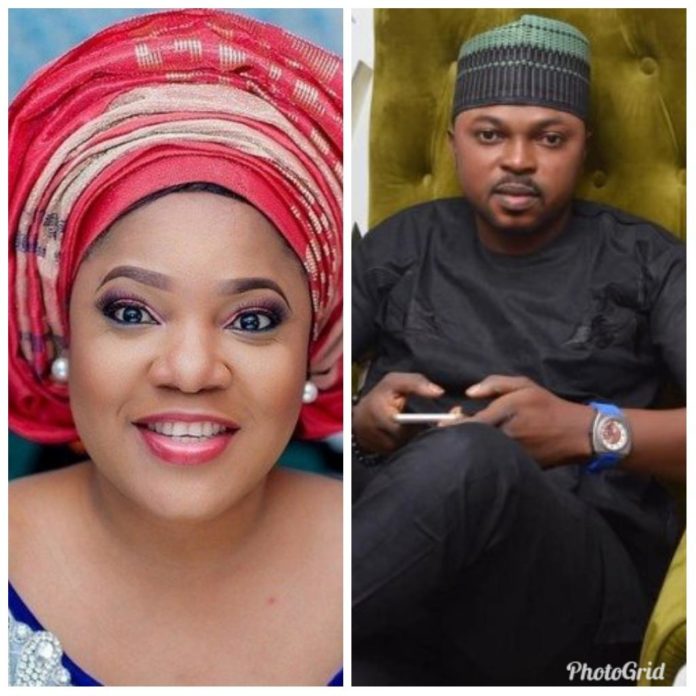 After the crash of her  much celebrated marriage to fellow actor, Niyi Johnson, top actress, Toyin Abraham was reported to have been engaged to another man, a lawyer. Throughout the said union even when news filtered in that the said relationship had hit the rock, the lawyer lover remained invisible.

However, if news making round in some quarters is anything to go by, the Edo state born actress, Toyin , may have found love again. She is alleged to be in love with one of the major actors in Abeokuta caucus of Yoruba arm of the movie industry, Kola Adeyemi. It was also alleged they formalized their relationship recently in a low key form.