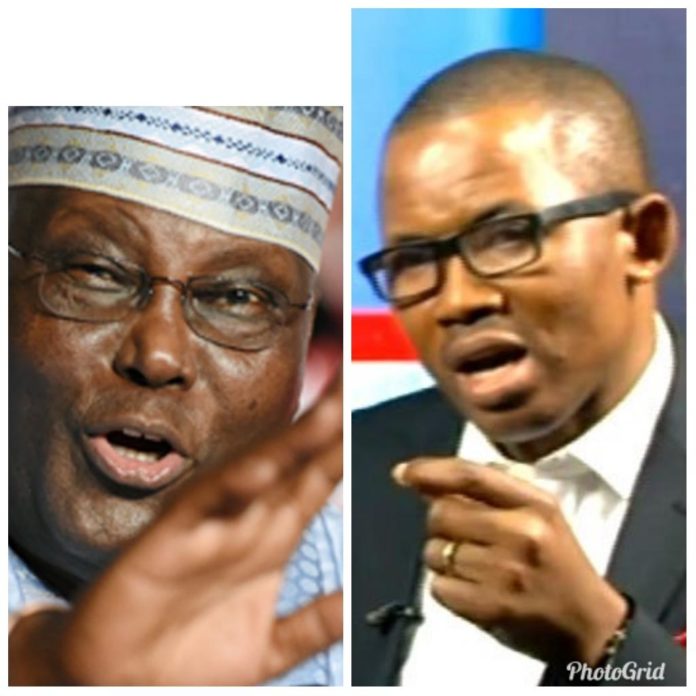 With barely one week to the 2019 presidential election, the eligibility of former Vice-President of Nigeria and the People,s Democratic Party, PDP, presidential candidate, Alhaji Atiku Abubakar has again come to the frontburner.

A very close source and ally to Constitutional Lawyer and Secretary of Forward With Buhari independent campaign team, Dr. Kayode Ajulo reveals the lawyer has concluded plans to go to court to challenge the legibility of Atiku to contest.

He said this because of the revelation that Atiku is not fit to contest the presidential election, as he is not a Nigerian citizen by birth.

Quoting relevant laws, our source says Atiku Abukakar is not fit to contest.

“Ganye, however, was never part of Nigeria legally until the February 1961 plebiscite where the people of the then Northern Cameroon voted to join Nigeria. The area had been entrusted to Britain by a League of Nations mandate in 1919 and later as Trust Territory by the United Nations in 1946.

“With the defeat of Germany in World War I, Kamerun became a League of Nations mandate territory and was split into French Cameroons and British Cameroons in 1919. While France integrated the economy of their part of Cameroon with that of France, the British administered theirs from neighboring Nigeria, making Atiku’s Jada a British franchise.

He said further that: “On June 1, 1961, Northern Cameroon became part of Nigeria, and on October 1, 1961, the Southern territory dissolved into Cameroon.

“Ganye, which incorporates Atiku’s birthplace of Jada was the headquarters of British Cameroons, but following the plebiscite, joined Nigeria. It is instructive to note that when Atiku was on November 25, 1946 born to a trader and farmer Garba Abubakar, Jada village and other parts of Chamba land in the then Northern Cameroon were still known as British Cameroons.

“It is interesting to also note that none of Atiku’s parents or grandparents was born in Nigeria. Atiku’s ancestral origin is deeply rooted in the then Northern Cameroon.”

He stressed further that since the Nigerian constitution clearly states that only a citizen qualifies to contest for any election.

Quoting Section 25 of the Constitution which states that (1) The following persons are citizens of Nigeria by birth, namely- (a) Every person born in Nigeria before the date of independence either of whose parents or any of whose grandparents belongs or belonged to a community indigenous to Nigeria. Provided that a person shall not become a citizen of Nigeria by virtue of this section if neither of his parents nor any of his grandparents was born in Nigeria.

“As it can be gleaned from the facts already supplied herein, Ganye which incorporates Atiku’s birthplace of Jada was the headquarters of British Cameroons, but it joined Nigeria following the plebiscite.”

According to Ajulo, the provision of Subsection 1(c) cannot still avail Atiku because there are two conditions precedent that must be satisfied, viz: 1) he must be born outside Nigeria; and any of his parents must be Nigerian citizen.

Quoting Dr Ajulo, our source said “Atiku was born outside Nigeria (the then Northern Cameroon) and none of his parents was a Nigerian citizen.

He therefore submitted that the Constitution is supreme and its provisions have binding force on all authorities and persons throughout the Federal Republic of Nigeria.

“This informs the reasons why we are approaching the law court to enforce this,” he said.