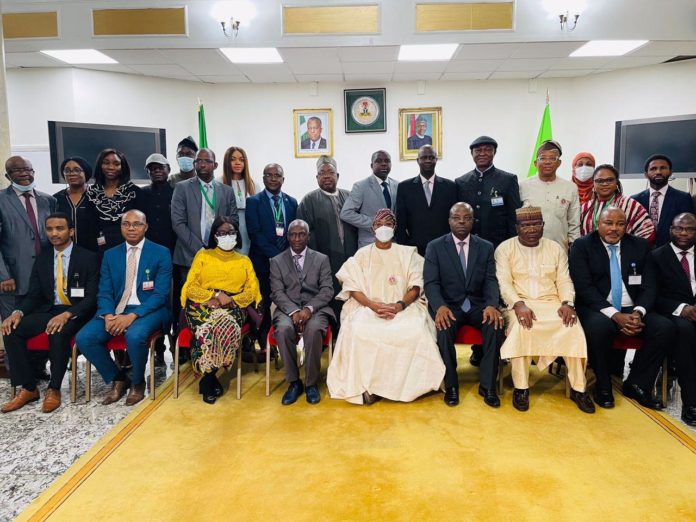 The Federal Government on Tuesday restated it commitment to improve passport application process for Nigerians at home and in diaspora, as it launches the new enhanced passport. 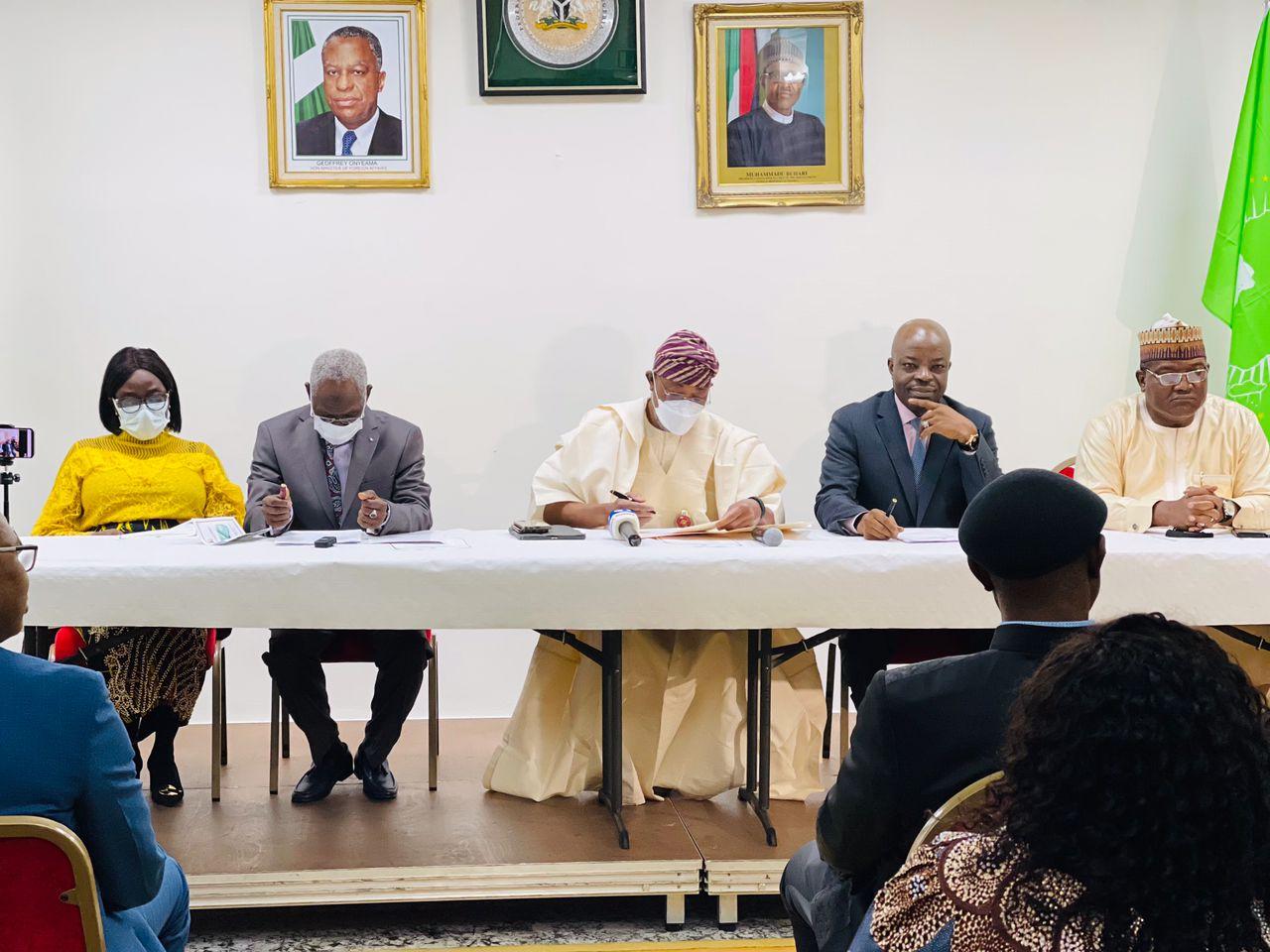 Minister of Interior, Ogbeni Rauf Aregbesola, gave the assurance on Tuesday at the official Rollout of the Enhanced e-Passport at the Nigerian High Commission in London, United Kingdom.

The Minister who revealed that the Nigerian passport is the highest affirmation of Nigerian citizenship, noted that it is the responsibility of Government of the Federal Republic of Nigeria to provide the passport without any stress, within a reasonable period.

“What we have come to do here is symbolic of the core mandate of the Ministry of Interior and indeed, the Federal Government of Nigeria – affirmation of citizenship integrity. The Nigerian passport is the highest affirmation of Nigerian citizenship. It is therefore our responsibility to provide the passport without any stress, within a reasonable period.

“As we are all aware, there have been huge challenges to passport administration, from shortage of booklet to touting and an economy of corruption built around it. These challenges have persisted for too long and a lot of people have become cynical while other have taken them as normal and then roll with it. But I come from a tradition of problem solving in public administration. I do not believe that any problem is insurmountable, so we are going to solve all the problems associated with passport administration and we are already succeeding,” the minister declared.

Revealing the features of the new enhanced Passport, Ogbeni Aregbesola stated that, it is a huge improvement from the standard Passport that was introduced back in 2007, with more sophisticated security features, making it one of the most secured passports in the world.

​“The Enhanced e-Passport is a great improvement on the Biometric Passport technology which Nigeria adopted in 2007 as a strategic step towards curbing forgery, impersonation and other forms of frauds associated with obtaining travel document under the old Machine Readable Passport regime. We are aware that technology rules the world and we are keeping abreast of the latest development in the field.

“Over the years, the Nigeria Immigration Service had worked assiduously and in close synergy with Messrs Iris Smart Technologies Limited to develop and implement Passport reforms that are in tandem with international best practices, including extant International Civil Aviation Organization’s (ICAO) Standards and Regulations,” Ogbeni Aregbesola revealed.

The minister who seized the opportunity to reel out some of the achievements of the NIS under his tenure noted that the service has issues a total of 2.7 million Nigerian passports in the past two years.

“In the past two years alone, we have issued 2.7 million passports to Nigerians. We have taken substantial measures to address the issue of shortage of passport booklets. This year, the ministry approved the deployment of over 600,000 booklets, the largest of its kind ever done. That is not all. The Nigeria Immigration Service through MIDAS is now connected to INTERPOL and can upload information to the agency on lost, stolen and invalidated passports in real time.

“The Ministry of Interior had consistently provided the enabling environment for the Nigeria Immigration Service to undertake and implement several reforms, especially with regard to Border Management and Passport Administration as well as Internal Monitoring/Control mechanisms to enhance efficient and effective service delivery to Nigerians and foreigners alike,” the minister announced.

In his own remarks, Acting Comptroller General of the Nigeria Immigration Service, DCG Isa Jere, revealed the Service’s readiness to meet the demands for passports in the United Kingdom, stating that his officers are ready to roll out the new passports, going forward, at the official rate published on the NIS website.

“We are ready to serve the public and start rolling out the new enhanced e-passport in the United Kingdom with immediate effect. Our staff are professionals and will deliver excellent service to our citizens. Those who have any complaints whatsoever are advised to use the publicly listed complaints channels to adequately resolve any issues raised,” DCG Jere stated.

At the event were the Nigerian High Commisioner to the United Kingdom, Ambassador Sarafa Tunji Isola; Acting Comptroller General of the Nigeria Immigration Service, Isa Jere; senior Nigerian diplomats; members of the diplomatic corps, Nigerians in diaspora amongst others.