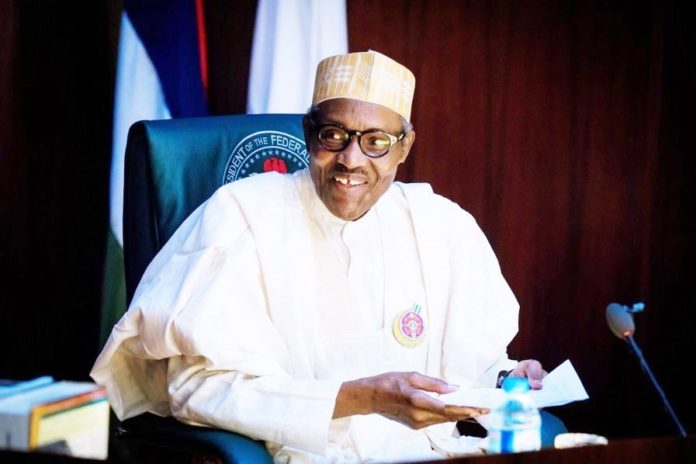 The Forward With Buhari Campaign Team (FWB) , says has kicked off registration of Volunteers  of its initiative tagged “National anti-rigging Volunteers.”

The  Secretary of the Group and Human Rights Lawyer,  Dr  Kayode Ajulo disclosed this in Lagos on Wednesday after a meeting with stakeholders.

He explained that the initiative was aimed at check mating vote rigging across the nation in the 2019 presidential elections.

The group was unveiled in Abuja  on Tuesday in a ceremony hosted by the Chairman of Nigeria Governors Forum,  Alh. Abdulaziz Yari of Zamfara State and other Governors-members,  of the forum.

Ajulo said the initiative was part of the group’s proposed mass mobilisationation and mandate protection which it intended to employ, in ensuring that the re-election bid of President Muhammadu Buhari was not scuttled by vote riggers.

He said the group had already commenced the recruitment of young Nigerians as volunteers, who will be equipped with necessary Information Communication gadgets, that would be used to expose any form of rigging or voters inducement, particularly,  the opposition during the poll.

“We are aware, that the opposition is preparing to disorganise the forthcoming Presidential election, judging by its recent public statements.

“Nigerians in their millions wants President Buhari re-elected. What we are out to do is to ensure that the will of the majority of Nigerians prevails at the polls.

“It will be a huge loss to Nigerians if their wishes are scuttled by a few unconscientious politicians who are more interested in self than the generality of the people,” he said

He further said that  some lovers of President Buhari and Nigerians in Diaspora had pledged sufficient equipment, which would be deployed to volunteers across the 774 Local government areas in the country with a Situation Control Room located in Abuja, the Federal capital and Zonal offices.

Ajulo urged Nigerians to sustain their beliefs, in the ability of President Muhammadu Buhari, to take Nigeria to the next level, while restating that “Nigerians shall resist any attempt to truncate democracy and return Nigeria to the inglorious era of the PDP.”

He asked Nigerians to recollect that PDP had  been used to rigging and now afraid of their shadow which is the rationale for raising alarm on rigging.

“The online recruitment kicked off this morning. At the end, we will hold meetings and educate volunteers  at various state and zonal levels on effective monitoring and how to deploy equipment to monitor elections,” he said.