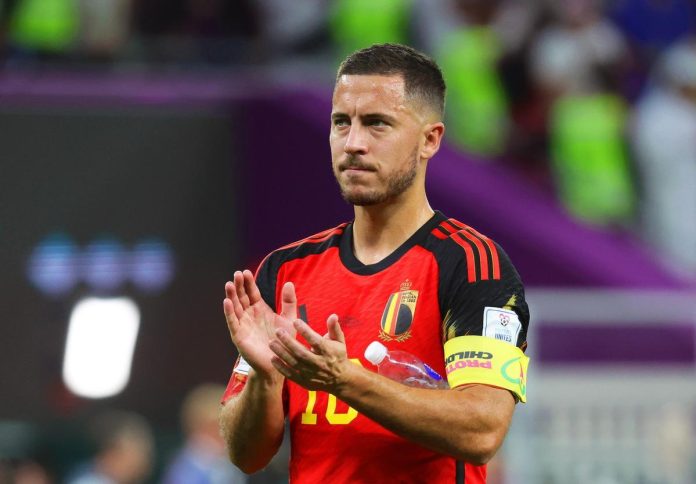 Eden Hazard has announced his retirement from international football.

The 31-year-old has opted against another qualification cycle ahead of the 2024 European Championships and after that, the 2026 World Cup.

Days after Belgium’s group stage elimination in Qatar, Hazard has called time on international duty after 14 years, as he now puts his sole focus into breathing new life into his Real Madrid career.

“Today I turn a page. Thanks for your love,” Hazard wrote on Instagram.

“Today I decided to put an end to my career as an international. The next generation is ready. I’m going to miss you so much.”

Belgian newspaper Het Laatste Nieuws reports that Hazard discussed the intention of retiring from the national team with his team-mates in the immediate aftermath of their final group match against Croatia.

Six days later and Hazard has not changed his mind, instead making the announcement to his 27.2 million Instagram followers.

Hazard’s role has appeared increasingly peripheral in Belgium’s side, with his involvement in their final World Cup match in Qatar as an 87th-minute substitute.

He made his Belgium debut as a 17-year-old phenomenon, coming on against Luxembourg on November 19, 2008.

Calling time on his Belgium career after Qatar, the ex-Chelsea attacker has gone on to win 126 international caps, scoring 33 goals and adding 36 assists.

Hazard wore the captain’s armband 56 times for his country.

“Legendary, thanks for everything bro,” commentated team-mate Michy Batshuayi.

Jan Vertonghen, Kevin Mirallas, Jeremy Doku and Axel Witsel were others to pay tribute to their ‘brother’ for his contribution to Belgium over the last 14 years.