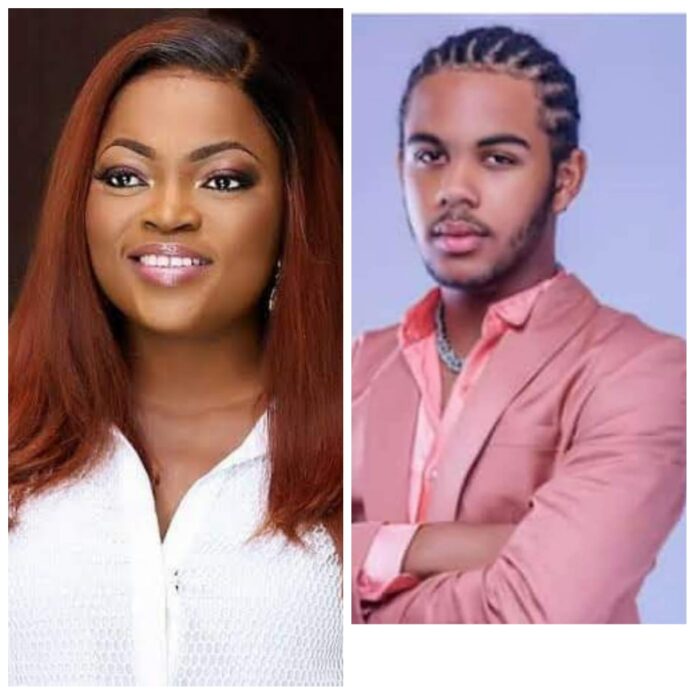 Nollywood actress and producer Funke Akindele’s step-son has come out to bash her in the midst of her alleged marital issues.

The couple seems to have been experiencing issues for some time prior to the recent alleged outburst.

Despite the fact that the pair has yet to comment, a few bloggers have detailed the scenario at the celebrity couple’s residence.

Tosin Silverdam, a popular blogger, pointed out how the actress ignored her husband on his birthday, refusing to make a post to thank him as they used to do.

Cutie Juls, a blogger, recently described how the two have been embroiled in a series of domestic disputes that have prompted neighbors to interfere.

She alleged that JJC Skillz spent an amount of money from the family company without the permission of Funke Akindele. She however lost her cool and fought her husband, ordering him to leave her house.

In a new development, the son of JJC Skillz, Benito has dragged his stepmother Funke and has described her as evil.

He stated that she does not behave as the perception people have about her. “She’s not what you all think she is. I lived with her for two years, it was horror”.