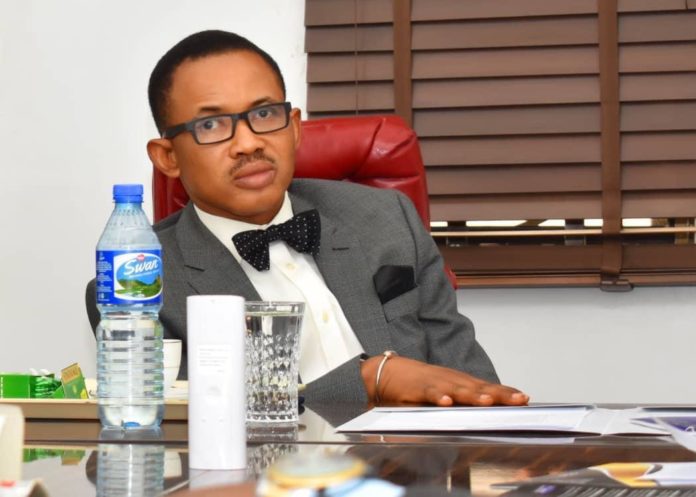 Constitutional lawyer and the 11th Mayegun Aare Ona Kankanfo of Yorubaland, Dr. Kayode Ajulo, has called on Yoruba stakeholders to hold an urgent strategic conference as the march towards the 2023 presidential elections begins, albeit unofficially.

In an interview, the Abuja-based lawyer said this would be in the best interest of the southwest and the betterment of the nation at large.

He said: “It will be unfortunate for the southwest to blow this chance of a lifetime to further reposition Nigeria towards the path of progress.”

Ajulo, who made the call while reacting to recent political developments in the region, submitted that any crisis (on the selection of the best candidate from the region) may stall the southwest’s dream of producing the next President.

Emphasising that if the seeming clash of interests currently rocking the region was not quickly and carefully managed by southwest stakeholders, they may as well kiss the opportunity bye.

Ajulo, therefore, restated that it was important for Yoruba stakeholders, irrespective of political and religious affiliation, to come together and discuss the future of the region at the 2023 presidential election.

Waxing philosophical, the cerebral lawyer declared that “when history is asleep, it is memory that wakes it up, and when memory itself falls into a stupor, we invoke remembrance to kick it into active consciousness.”

He continued: “It is exactly 60 years that Yoruba witnessed the ugly crisis between two great Yoruba illustrious sons on the altar of a tussle for political leadership. The late sage and former premier of the Western Region, Chief Jeremiah Oyeniyi Obafemi Awolowo, and one of his foremost followers and last premier of the Western Region, Chief Samuel Ladoke Akintola, (became political enemies) due to clash of interests.

“I can tell that the same scenario is gradually playing out between Asiwaju Bola Ahmed Tinubu and his foremost loyalist, Prof. Yemi Osinbajo. It is no news that these two men do not have unfriendly feelings towards each other but a lot of their followers and lackeys have started throwing bricks of words across walls, and that is certainly an invitation to crisis.”

The former National Secretary of the Labour Party, LP, said it would be bad for the region to experience the same crisis that rocked the southwest political space in 1962, adding that the opportunity of the region to produce the next President was bright and only internal crisis can abort it.

Ajulo continued: “The truth is late S. L Akintola, an orator, a teacher, a preacher of the Baptist Mission, the legal adviser of the defunct Action Group after the demise of Balogun Bode Thomas, was the “Starboy” and the pan-Nigeria face of Chief Awolowo’s group. And a lot of political pundits at that time and at present agreed that Akintola, being in a more favoured position by providence, could have seen more than his leader and same informed his stance at that time.

“By parity of reason, one cannot deny the fact that Prof. Osinbajo, an astute orator, an inspiring harmony of brawn and brains is the “Starboy” , supreme leader and the most outstanding federal face from the Southern part of Nigeria.

Undoubtedly, Osinbajo has represented this Government at different fora and definitely, would have seen more than the Asiwaju of Lagos. It is a big plus that he is part of the government at the apex level.

“Asiwaju has done well for his followers and people, and I personally acknowledge that. But I strongly believe that it will further glorify Asiwaju’s leadership to support the Vice President Yemi Osinbajo as the next President.”

The civil rights activist noted that the same crisis also rocked both the northern and eastern regions of the country in the ’60s, between Sir. Tafawa Balewa and Sir. Ahmadu Bello, and Dr. Nnamdi Azikiwe and Dr. Michael Okpara respectively. He said the leaders of these two regions effectively handled the differences in the interest of their regions and the nation at large.

“In response to the recent colloquialism, brickbats and ruptured prosodies of hired writers and opinion leaders, the words of a renowned author is quite pungent in the circumstance,” he posited.

CBA FOUNDATIONCALLS OUT IN-LAWS OVER DEHUMANISATION OF WIDOWS

THAT THERE MAY BE JUSTICE FOR KEREN AKPAGHER… By Ambrose Omoregie