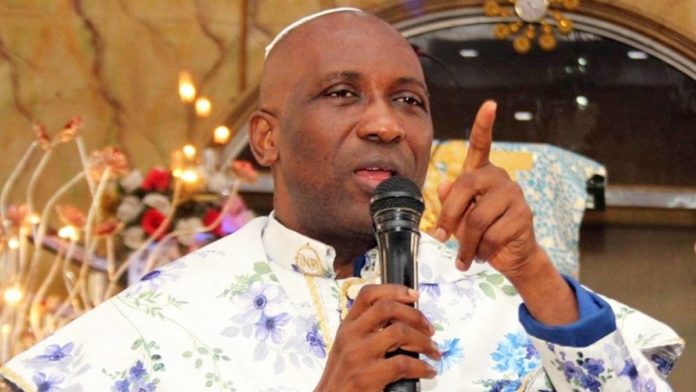 At this point, there are no words that can be said to discredit Primate Elijah Ayodele in the prophetic ministry because he has proven beyond reasonable doubt that his ears and mind are not far from God’s voice, It’s obvious that his words are always directly from God, no filter whatsoever.

Primate Ayodele has unintentionally made it difficult for his critics to thrive or have the opportunity to backlash him either for giving fake prophecies or any kind of scandal. Only God knows what He has done to the ministry of this man of God, his critics have never been able to prove anything said against his personality or his prophecies. Even when Femi Adesina, the presidential spokesperson took a swipe at the prophet on fake prophecies, He was immediately countered by proofs of how those prophecies came to pass and ever since, there was no such allegation from the presidency or any other place again.

This is not to give glory to the prophet because all glory belongs to God almighty but it’s only fair that we acknowledge the work of God in the ministry of Primate Ayodele, God is using him mightily to break prophetic strongholds and to uphold the honour of the ministry at all times.

One of the many things that gets tongue wagging is Primate Ayodele’s yearly prophecies that encompasses every nation in the world and all the sectors of the country including sports, education, entertainment, governance, corporate organizations, individuals, to mention a few. It’s a mystery to many how Primate Ayodele who hardly travels is not just able to prophesy about every country in the world but they also end up coming to pass as he put them.

Some instances are the just concluded Israel prime minister election which Benjamin Netanyahu won in a landslide victory. Primate Ayodele during a service last week Sunday in his church stated that Netanyahu will come back to power in the election even though there will be some powers against him. Netanyahu isn’t the one in power yet he won the election, just as Primate Ayodele foretold.

The victory of William Ruto in Kenya presidential election was never envisaged by even Kenyans because the incumbent had endorsed Raila Odinga months before the election and was openly campaigning for him to become the next president. While everyone predicted Odinga to win the election, Primate Ayodele prophesied that Ruto will be the next president of Kenya, a statement that was mocked because of the powers at play in the Kenya election. At the end of the day, We all saw how Ruto became the winner and this has built a name for Primate Ayodele in Kenya, He is the only Nigerian prophet who is given huge respect in Kenya, because of his mysterious prophecies regarding the election.

The Nigerian economy is currently experiencing a downtime and this has caused the Naira to be on a free-fall, it now exchanges for N850 against $1, a stage described as an all-time low for the currency. Meanwhile, before President Buhari won his bid for a second term in 2019, Primate Ayodele revealed in an interview with Tribune newspapers that Nigerians will suffer so much if Buhari won, He noted that the economy and security of the country will be nothing to write home about, these have all happened already.

The most recent mysterious prophecy of Primate Ayodele that got fulfilled is the announcement that the naira will be redesigned by the CBN Governor, Godwin Emefiele. In 2020, Primate Ayodele in his annual prophecy book titled Warnings To The Nations stated that he foresees changes in the physical appearance of the Nigerian currency. He mentioned then that it may not be in that year but it will happen. Nigeria hasn’t changed her currency in several years so there was no way one would expect that this will happen and this makes it more mysterious because Primate Ayodele already foretold that it will happen.

There are several instances that have proven that Primate Ayodele is a different breed of prophet, He is widely unique with his prophecy, it’s not understandable and all one can say is that his ministry is mysterious.