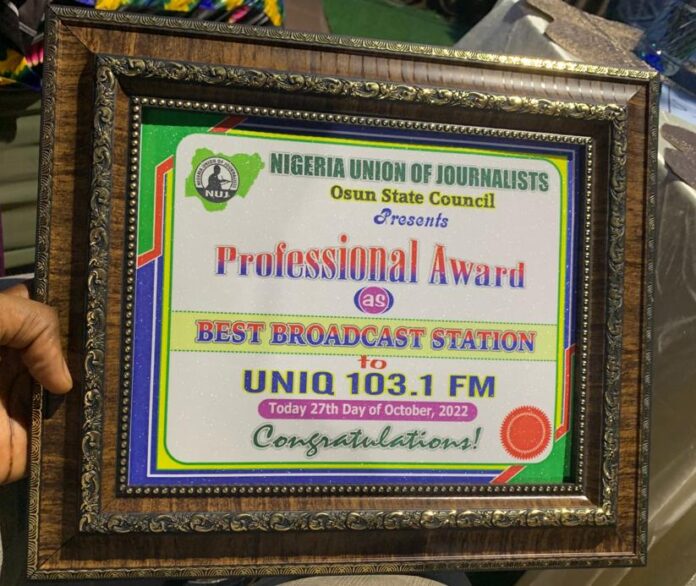 GOVernor GBOYEGA OYETOLA who stated this during the year 2022 gala and award night of the OSUN State Council of NIGERIA Union of Journalists maintained that he enjoyed a great deal of support from Journalists in the State, saying such SUPPORT enabled him to achieve most of his plans and policies

Presenting the award, COMMISSIONER FOR information and civic orientation, MRS FUNKE EGBEMODE noted that UNIQ FM Ilesa really deserved The award saying that the station had in the past won several awards owing to its unbiased reportage of events.

Speaking after receiving the award, the General Manager Uniq FM and Freedom TELEVISION Otunba Jare Ayo Martins appreciated the Board, Management and Staff of the private Broadcasting outfit saying the feat attained so far could be traced to their hardwork, tenacity of purpose and rescourcefulness.

Otunba Jare Ayo Martins said Uniq FM had won several awards from private assessors among which he said was the second best Radio station in the South West.

He said Uniq FM was recently ranked among the three most listened to Radio station in the South West.