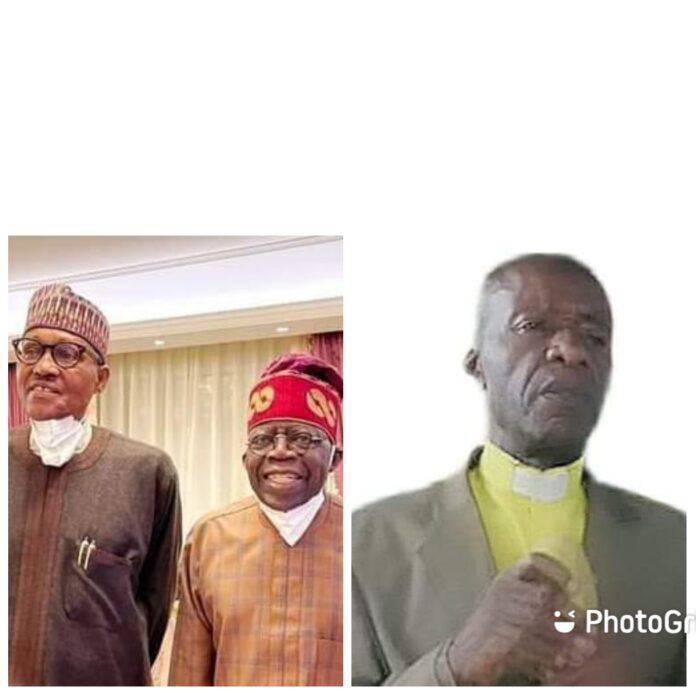 Tinubu Will Win the 2023 Presidential Election!

The acclaimed pastor of the Christ Apostolic Church, Prophet/Evangelist Adebayo Israel who prophesied the victory of President Muhammadu Buhari in 2015, and his re-election in 2019, is again on the familiar turf. In his prophecy for the new year, 2022, the minister in charge of the Disciples Activities Mission, released another bombshell on the outcome of the 2023 presidential election. “ Senator Bola Ahmed Tinubu will be the winner of the coming 2023 presidential contest” the prophet declared.

However, the servant of God equally revealed that Senator Oluremi Tinubu, the wife of the former Lagos state government should be careful. Because, the enemies are planning to attack her and invariably use her as the stumbling block in the presidential quest of her husband.

Also, in his God’s revelation for the year 2022 and 2023, Prophet Adebayo Israel revealed that the bandit attacks and insurgency in the north will persist. But, the herdsmen will reduce their attacks – as leaders of Fulani stock will pitch tent against the marauding herdsmen.

“The country will witnessed heavy downpour of rain in the year. And, it will cause serious flooding, that will wrecks havoc on the goods and properties of the people” So, we should be careful and take good care of our wards.
While ritual killings will be on the increase, especially in the south west, the rate of armed robbery will equally remain unabated. More citizens will become daring in breaking and violating the laws of the land.
And, the Independent Peoples of the Biafra (IPOB) will be unrelenting in their separatist agenda. As Boko Haram will also not stop their evil mission.
In the prophetic release, Prophet Adebayo declared unequivocally that the All Peoples Congress (APC) will emerge victorious at the forthcoming gubernatorial election in Ekiti state.
And, “President Buhari will complete his second term in office” the CAC prophet equally revealed.