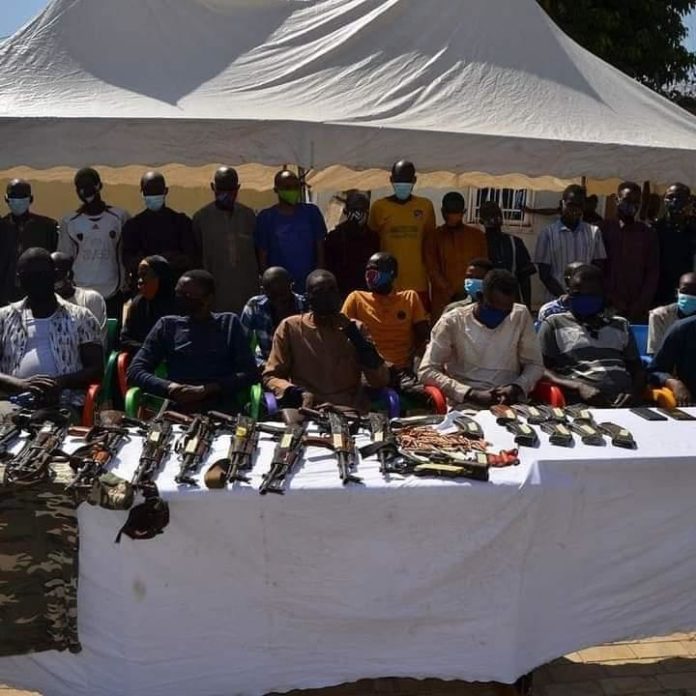 Operatives of the Nigeria Police Force have arrested thirty-five (35) suspects comprising thirty-four (34) male and one (1) female for their involvement and indictment in cases of armed robbery, kidnapping and other heinous crimes in some parts of the country. Also arrested are five (5) inmates who escaped from lawful custody from the Benin City Correctional Centre during the ENDSARS protests. 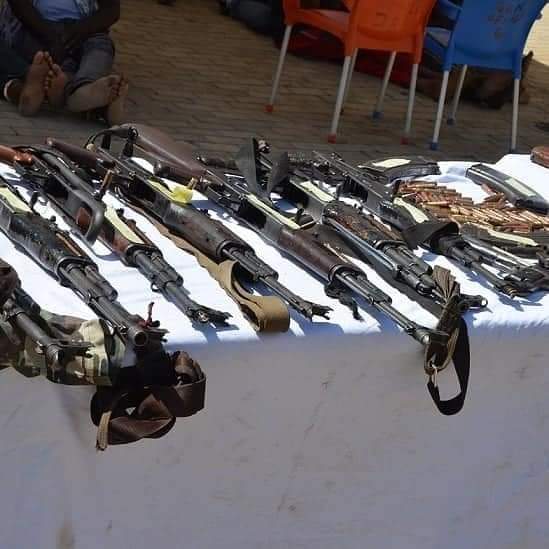 Notable amongst the cases is the re-arrest of five (5) inmates who escaped from lawful custody at the Oko Correctional Centre, Benin City during the ENDSARS protests. The suspects, Onaruje Benjamin, who had earlier been convicted for Conspiracy and Armed Robbery and was on death-row at the time of escape, Adebayo Opeyemi, a dismissed soldier, Peter Felix Osas, Frank Odion Oloye and Alhaji Hudu Musa a.k.a Mai Cellular were arrested by operatives of the FIB – Intelligence Response Team in Kaduna State for the offences of Armed Robbery, Car Theft and Unlawful Possession of Firearms.  Investigations reveal the suspects having escaped from the Correctional Centre, formed a new criminal gang and returned to their old criminal enterprise. As a matter of fact, one of the suspects, Onaruje Benjamin, snatched a Toyota Corolla Car in Benin, 30-minutes after his escape from the Correctional Centre. Five (5) vehicles earlier snatched from their owners at gun point in different parts of the country were recovered from the gang. While Onaruje Benjamin is the leader of the gang and the arms bearer, Alhaji Hudu Musa is in charge of ferrying and disposing the stolen vehicles to Niger Republic. 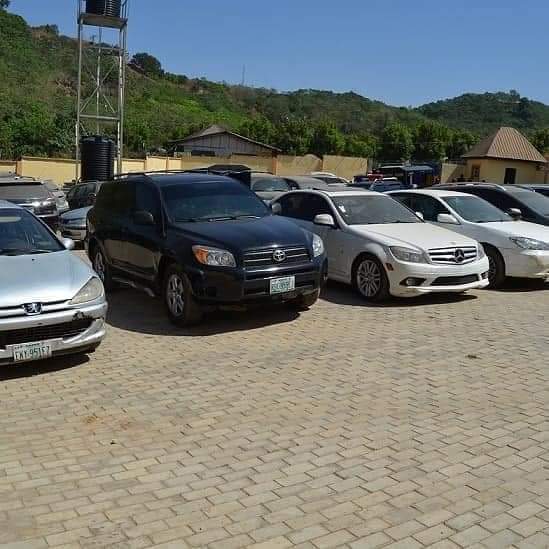 Also arrested is one female suspect, Talatu Ibrahim, 40years old from Shinkafi LGA, Zamfara State from whom six (6) AK49 rifles were recovered. Her arrest led to the subsequent arrest of one Duleji Alhaji Abubakar a.k.a Ori jeje residing at Ekka village, Koro LGA, Kwara State. Findings reveal that Ori Jeje has been getting arms supply from Talatu Ibrahim to carry out series of kidnapping and armed robbery in Kwara State.

The operatives also arrested one Abdullahi Mohammed a.k.a ‘Governmenti’, a specialist in car snatching. Investigation reveals that the suspect, within 90-days (August, September, and October, 2020) snatched 18 vehicles at gun-point from their owners in Jos and Bauchi States.

Meanwhile, the Inspector-General of Police, IGP M.A Adamu, NPM, mni has reassured citizens of the renewed commitment of the Force to their safety and security. All the suspects will be arraigned in court on completion of investigations