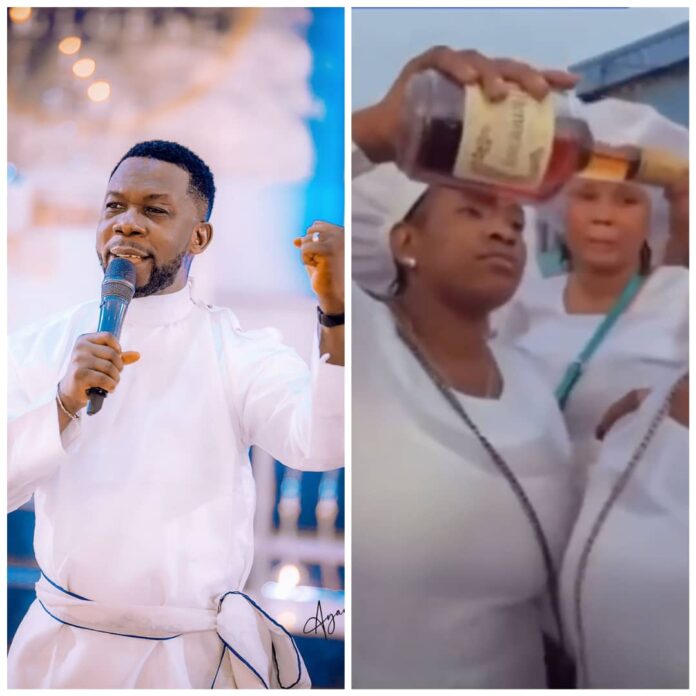 The profile of renowned Prophet Israel Oladele Ogundipe, the shepherd in charge of Celestial Church, Genesis Global has continued to rise despite backlashes from those who choose to hate him. While some people see him as a controversial figure amongst his colleagues in the vineyard, others see him as a powerful vessel used by God to impact this generation and for the next generation coming behind.

What stands out Prophet Israel Oladele Ogundipe who is popularly known as ‘Genesis’ is the fact that he always speaks the truth and stands for the truth. Some may say he is too blunt when it comes to the preaching of gospel, but truth be told, there’s no genuine man of God who will take God’s first assignment with levity. hands which has been Genesis’s terrain but it’s so disheartening that some amongst Celestial church ‘white garments’ didn’t look towards the angle of his sincerity when it comes to speaking the truth inline with the world of God, but instead to accommodate the pattern of his preaching as his moving all Celestial youths forward and redefined the new face of white garments churches in other for their youths not to abruptly leave their foundation/source to another church, these are his good plans, intention for Celestial Churches worldwide, but some actually thought he was kicking against the doctrine of the church.

One would recall that some years back, Genesis had preached to condemn some Celestial church members who resorted to taking alcoholic drinks while celebrating annual harvest in their local churches. He saw this as behaviour that shouldn’t be accommodated in the vineyard of God. He also condemned spraying of currency notes inside church which had become a norm among the Celestials. He believed this singular act would intimidate many worshipers who cannot afford three square meals a day, not to talk of transport fare to church. He thinks such money being sprayed would have gone a long way to take care of their immediate needs. It is interesting to note that drinking of alcohol during yearly harvest is now becoming rampant in Celestial churches.

Speaking withhis media aide Oluwaseun Fabiyi, Prophet Ogundipe said such behaviours are non-existent in Genesis Global because of the level of discipline instilled in the congregation just like it is difficult to see woman dressed half naked or wearing transparent garment.

The man of God said he would continue preaching the truth rather than preaching lies to please men in the world and later end up in hell fire.

He also talked about the Holy Ghost Encounter Service coming up at Genesis Global soon. Tagged ‘New Moon’, and slated for Thursday, 3rd of November 2022, the programme, he said, will be a super power-packed encounter in the presence of God as it is designed to bring out many who had been held captive. Those looking for the fruits of the womb will find; many ailments will varnish with the special touch of the God Almighty. He therefore prayed that for those who will be attending, their new moon will never go dim.

The Holy Ghost Encounter Service is billed to start at 9:00pm at the auditorium of Genesis Global headquarters, No. 8/12, Duro Ishola str. Off Egbado Road, Dakemo, Alakuko, Lagos. Nigeria.