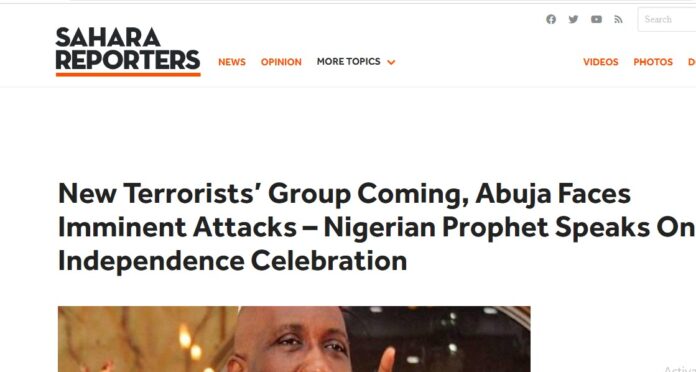 The United States Embassy yesterday issued a security alert on elevated risk of terror attacks in Abuja, the Nigerian capital. Following US Embassy terror warning, the British High Commission also issued advisory to its staff on movement while also announcing reduced services. Similarly, other European countries, THISDAY learnt, are reducing services and will be attending only to critical needs. 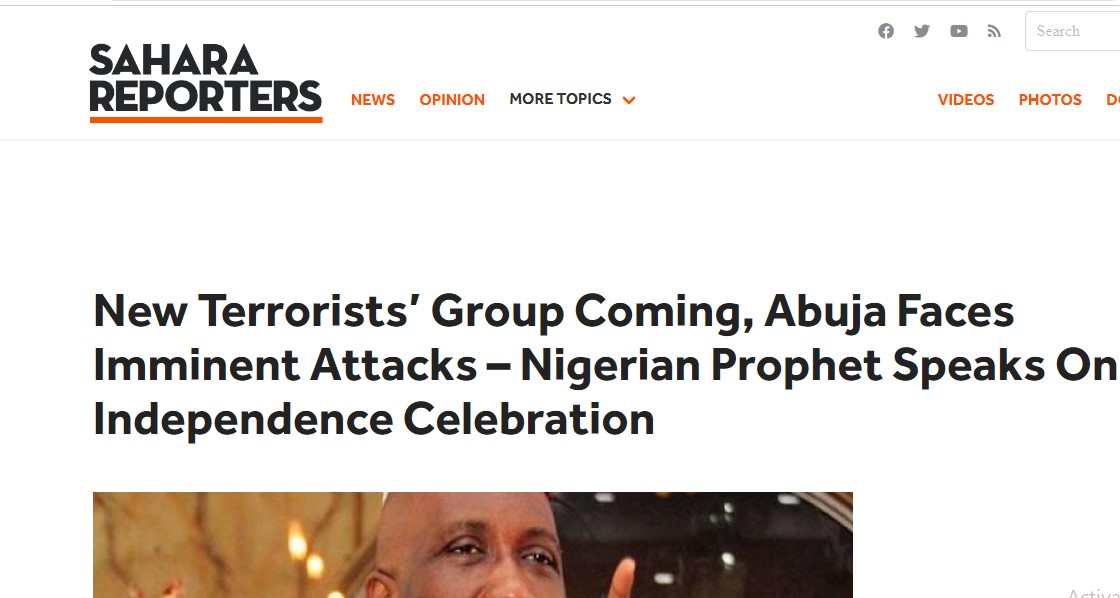 Following this alert, some foreigners have been evacuated by their government to their respective countries in order to avoid being victims of the proposed attack if it becomes a reality.

Long before the United States security alert, a famous Nigerian prophet, Primate Elijah Ayodele of INRI Evangelical Spiritual Church has been warning since June 2021, more than one year ago that he foresees attack and bomb explosion in Abuja. He warned the security agencies to be on alert and secure the borders of the country because of the dangers he foresees in the federal capital territory of the country.

Again in September, the man of God warned the security operatives again of the terrorist attack in Abuja and that a new terrorist group was regrouping with some states in the northern part of the country and Abuja as their targets. He asked the government to pray against experiencing the terrorist attack.

“Let us also be prayerful, I see bandits kidnapping people in the top hierarchy. There are places they want to attack in the north and Abuja. Let the government pray on the 1st, 2nd and 3rd of October to save Nigeria from all unnecessary threats because there is going to be a new terrorist group with sophisticated weapons.’’(https://saharareporters.com/2021/09/29/new-terrorists%E2%80%99-group-coming-abuja-faces-imminent-attacks-%E2%80%93-nigerian-prophet-speaks)

Also, in April 2022, Primate Ayodele warned against the high influx of terrorists into the country and listed some states that will be under their attack if care isn’t taken. The man of God still mentioned Abuja as a top target of these terrorists.

“Our immigration network should stop giving visa on arrival; it’s one of the ways these terrorists come into the country. They are planning to attack Abuja, Katsina, Zamfara, Plateau, Benue, Imo, and Anambra states. I see suicide bombers on rampage again,” (https://dailypost.ng/2022/04/01/primate-ayodele-lists-states-terrorists-plan-to-attack-urges-fg-to-suspend-visa-on-arrival/)

Unfortunately, despite these frequent warnings, the federal government never listened and now, the United States, United Kingdom have gotten an intelligence report concerning the terrorist attack which Primate Ayodele warned the government against more than a year ago.

It’s saddening that the government didn’t pay attention, they could have stopped it before getting to the stage where countries have to evacuate their citizens to avoid being victims.