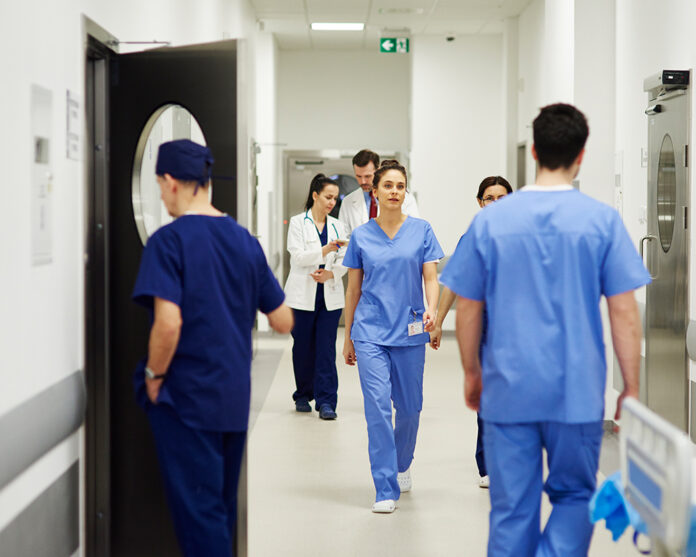 Nurses in the United Kingdom have resolved to go on strike over demand for better pay.

The strike is expected to start by the end of the year.

According to the BCC, the strike will be the first time the union will go on an industrial action in its 106-year history.

According to the Royal College of Nursing (RCN), nurses at the majority of state-run National Health Service (NHS) facilities across Britain voted for the strike.

at Cullen, RCN general secretary, said nurses have been getting a “raw deal” on pay for years.

“I want to thank every member who took part in, or supported, this ballot. You can be very proud. The results are strong and clear,” Cullen said.

“This is a defining moment in our history, and our fight will continue through strike action and beyond for as long as it takes to win justice for the nursing profession and our patients.

“Anger has become action – our members are saying enough is enough. The voice of nursing in the UK is strong and I will make sure it is heard. Our members will no longer tolerate a financial knife-edge at home and a raw deal at work.

“Ministers must look in the mirror and ask how long they will put nursing staff through this. While we plan our strike action, next week’s budget is the UK government’s opportunity to signal a new direction with serious investment. Across the country, politicians have the power to stop this now and at any point.

“This action will be as much for patients as it is for nurses. Standards are falling too low and we have strong public backing for our campaign to raise them. This winter, we are asking the public to show nursing staff you are with us.”

Cullen, however, said nurses would protect patients by continuing to provide urgent and emergency care, while nursing staff would be expected to work in services such as intensive care.

She added that other services, such as cancer treatment or urgent testing, may be partially staffed.

The decision to go on strike comes at a time the NHS is facing staffing crisis and also recovering from the COVID pandemic.

According to the RCN, the nurses have seen their salaries cut by up to 20 percent over the last 10 years.

Cullen said the union is asking for a pay increase of five percent above inflation.

Meanwhile, the government has pleaded with the nurses to consider the effect of the strike on the public.

“We are all hugely grateful for the hard work and dedication of NHS staff, including nurses, and deeply regret that some union members have voted for industrial action,” Barclay said.

“Our priority is keeping patients safe during any strikes. The NHS has tried and tested plans in place to minimise disruption and ensure emergency services continue to operate.”

(Videos) What aided Tinubu’s success as Lagos gov, his plan for Nigeria