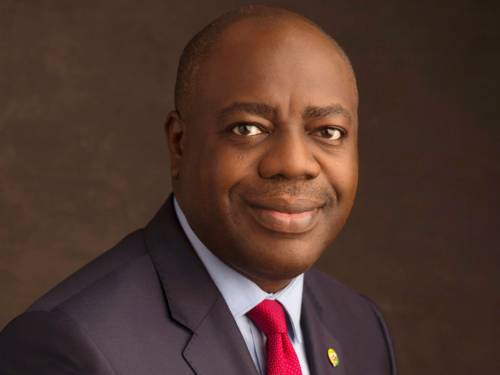 Until he emerged as the Chairman, Lagos State Inland Revenue Service, many in the public never had of Olufolarin Kayode Ogunsanwo. Prior to his emergence as the boss of LIRS, Ogunsanwo had proven himself to be a man reliable and worth of respect especially as it has to do with his competence in his chosen profession. It is also worthy of note to say the dude had always recognized the need to give honour to whom it is due hence the healthy relationship he enjoys with top personalities in the state as well as the power that be.

Although, his stay at the LIRS didn’t come to an end on a glorious note as the then governor of the state, Akinwunmi Ambode terminated his appointment about 11 months into his leadership on alleged account of financial misappropriation. However, those who could vouch for Ogunsanwo’s honesty made efforts to save his job but the game to ensure Ogunsanwo was shown the exit door was believed to be too strong to halt that Ogunsanwo supporters prevailed on him to throw in towel. He did listen to wise counsel and in no time, a house built by his adversaries on the sandy soil collapsed on them and he was vindicated.

Meanwhile, as a child of destiny who has greatness as an integral part of his journey, Ogunsanwo may have once again risen and been on his way to hug the limelight for a second time as the Prince is Alara Elect of Ilara Kingdom of Epe area of Lagos State. Amidst orchestrated opposition, Ogunsanwo went ahead to be named Alara elect following the unanimous decision of the five king makers of the ancient towards. The atmosphere in Ilara kingdom has been that of excitement by all and sundry who are happy a man of Ogunsanwo’s caliber that will bring about development in their town has been elected as their king.