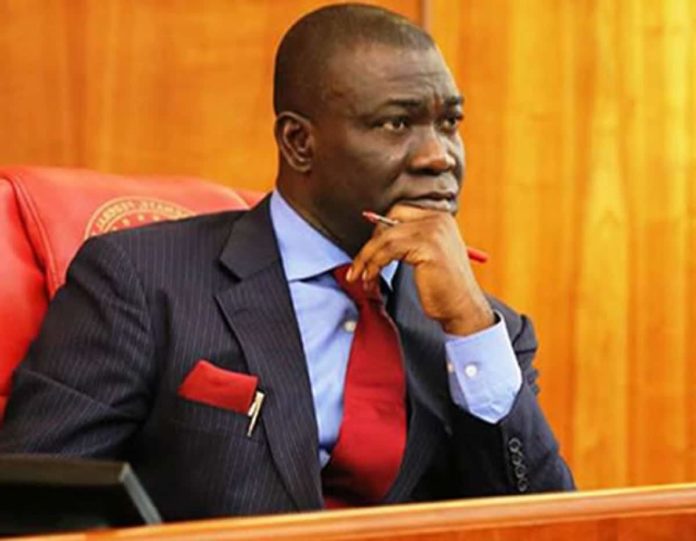 On Friday Inyang Ekwo, a judge at federal high court in Abuja, had ordered the interim forfeiture of the properties belonging to the lawmaker.

The judge ordered the anti-graft agency to publish the interim forfeiture order in a national daily within seven days from the date the order was given.

The development came amid the trial and detention of Ekweremadu in the United Kingdom over alleged organ harvesting.

Okwu Nnabuike, national president of Ohanaeze Ndigbo Youth Council Worldwide, in a statement on Sunday, said the ex-parte motion filed by EFCC is “cruel” considering that Ekweremadu is currently in UK detention

Nnabuike accused the anti-graft agency of being responsible for the trial of the federal lawmaker in UK, alleging that EFCC has a knack for prosecuting politicians from one part of the country.

“The ex-parte interim assets forfeiture order by federal high court, Abuja, is to say the least most cruel and whoever filed that suit at this time that Ekweremadu is incarcerated and unable to defend himself has no conscience or slightest regard for the cardinal pillars of law and justice, particularly the principle of ‘audi alteram partem’ (let the other side be heard as well),” he said.

“This has also proved our suspicion all along that some highly placed personalities were behind Ekweremadu’s UK ordeal.

“Ekweremadu’s name was not mentioned anywhere in all the scandals supposedly uncovered by the EFCC since the All progressives Congress came to power.

“Moreover, EFCC’s claim that its investigators traced to Ekweremadu properties that he had dutifully declared in his assets declaration is ridiculous and not different from Mungo Park travelling thousands from Scotland to discover the River Niger.

“With court’s directive to the EFCC to publish the said properties in national dailies for any interested persons to show cause why they should not be permanently forfeited to the government, how is Ekweremadu, who is in custody in the UK access documents or properly brief his lawyers to show that the said properties were not proceeds of crime?

“EFCC’s action, therefore, conforms to the worrisome pattern of assets stripping of southern businesses and individuals because having failed to establish any case against the lawmaker for the past six years, the EFCC saw his UK ordeal over the daughter’s health as an opportunity to strip him of his assets and rubbish his reputation, knowing he is not in a position to defend himself.”