Agboyi kingdom, an Island in Lagos state, ranks among the most ancient and historic settlements in Yoruba land. It is however unfortunate that the long-standing nature of the Island doesn’t commensurate with the fact that there are no significant developments to point at, in this domain. No thanks to the river that separates it from other settlements on the land.

Like our Lord Jesus Christ was born to liberate the world, the kingdom of Agboyi was also fortunate to have been gifted with a son, in the person of Prince Ibrahim Oladega, who would later champion the liberation and attainment of development Agboyi requires.

With the kind of natural gifts and abilities youthful Oladega, who is called Degasis by his admirers, is endowed with, a discerning mind will readily come to the conclusion that the Prince is one of those who have a special place in the heart of God.

Having started to exhibit traits that suggested his love for the arts as a child, Ibrahim went on to study Mass Communication at the prestigious Lagos State Polytechnic, where he graduated with the degree of Higher National Diploma (HND). In the pursuit of knowledge in the world of Arts, he also went for training the Film Institute, Jos.

It is of interest to note that upon securing necessary educational certifications, Ibrahim never at any point applied to be on the pay role of any company. He was loaded with enough creativity to have much to unleash in his chosen path of career. Of course, he’s practiced as a broadcaster for about 15 years, both on radio and television, but in an independent capacity. He’s presented informative programmes that are driven with humour and other artistic-al features. With world organization, State government and other reputable outfits backed projects to point at, Oladega, has proven his ingenuity as an excellent script writer cum voice-over artist. Ladega, as he’s also called, is an event compere that is well sort after.

It is also worthy to note that, Ladega, in adolescent days, was never given to frivolities or even pranks that are driven by youthful exuberance, rather, he had always been a serious minded individual who is interested in happening around him and rooted in hardwork. With these exemplary traits, popular saying that, what is worth doing at all is what doing well, is a natural watchword for Ladega, and these have helped distinguished him wherever he finds himself.

Meanwhile, that he’s a fountain of ideas which made him an asset to his political family, making development and welfare of the people his priorities, have played roles in how rapidly he could be said to have risen in the political arena.

Since Charity is believed to begins at home, for as long as one can remember, Ladega at every forum where his voice could be heard, never ceased to table plights of his people at Agboyi kindgom to the power that be and policy makers. He would also go out of his way to be ensure he’s present at forums where he will be heard, all in the bid to ensure respite come the way of his people. Thanks to the listening leadership Lagos has always been blessed with, Ladega’s humble interventions and influence have yielded some positive results even as promise has been made regarding one of the biggest needs of Agboyi community, a multipurpose bridge that will connect the island with the land. 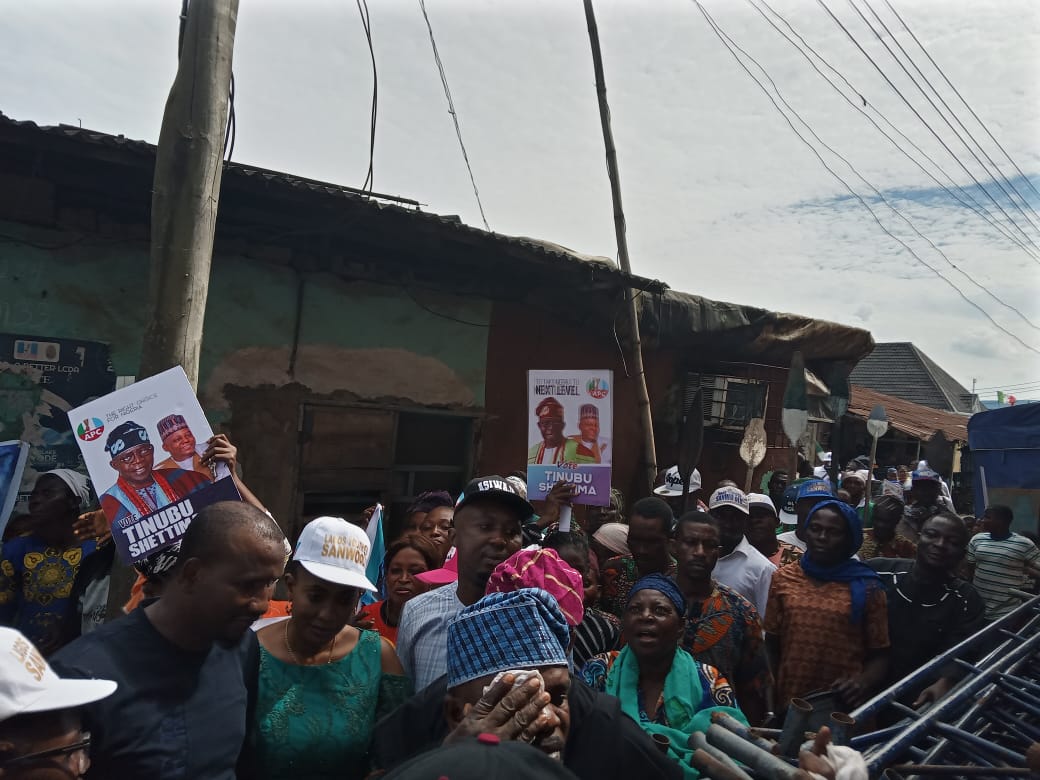 Expectedly, Oladega’s efforts towards the upliftment of Agboyi has not gone unnoticed but appreciated by all and sundry in his community. Of course, his gesture has naturally earned him status of a leader among his people, just as he’s regarded as their mouthpiece, as well as their ambassador. 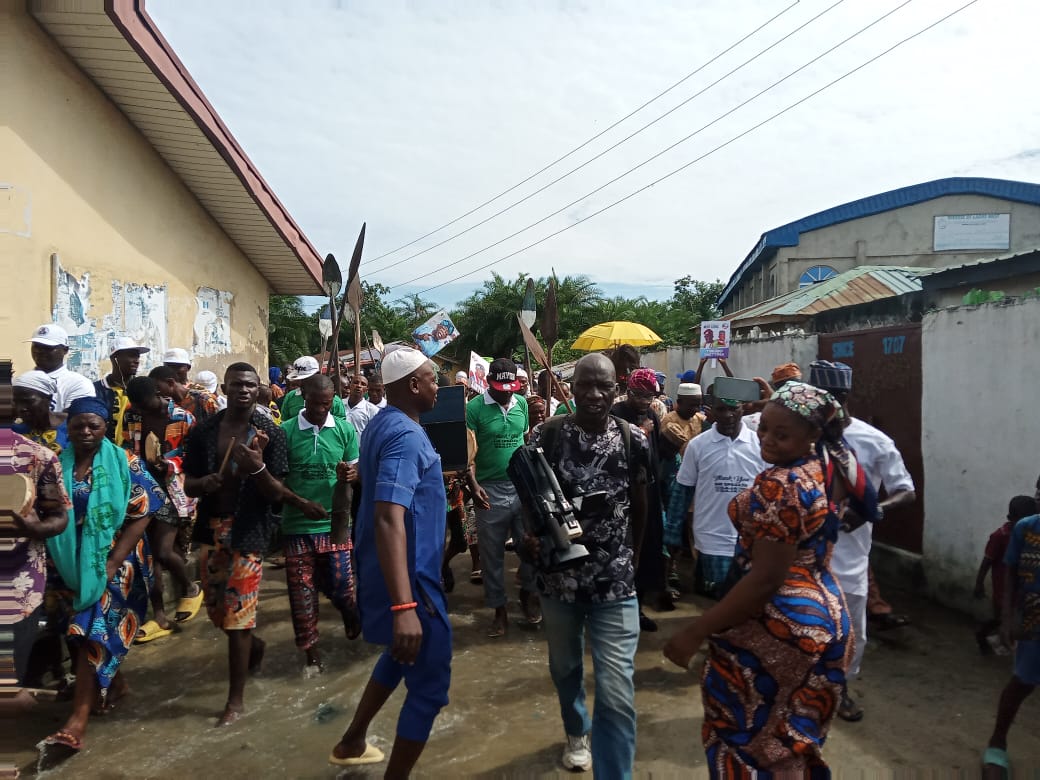 Aside of Agboyi’s infrastructural deficit, the community for a many years, has never had a representation anywhere in the political hierarchy or among the policy makers, on that note, his people asked him to vie to replace late Hon. Tunde Burahimo, whose representation at the Lagos State House of Assembly covered areas that include Agboyi community, but the aspiration could not be achieved as a result of loyalty to party position. 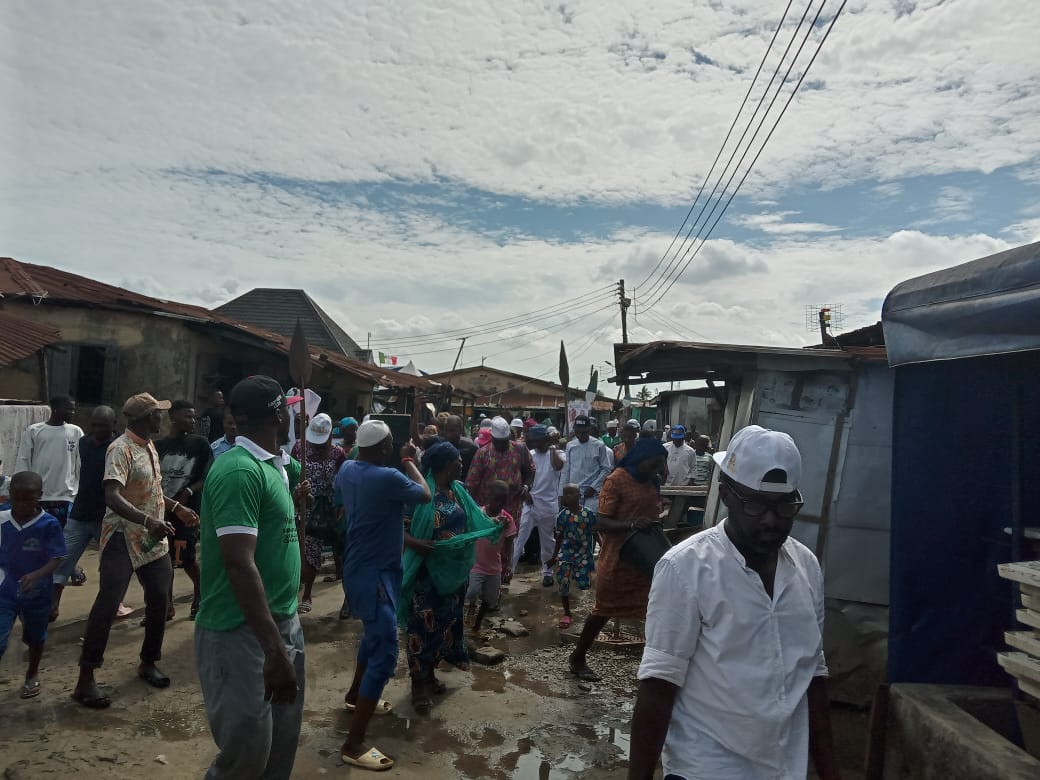 Succor would however come the way of the sons and daughters of Agboyi, when their face, Oladega Ibrahim, was recently appointed as Special Adviser on Politics (South West) to the Speaker of the Green Chamber, The House of Representatives, Rt. Honorable Femi Gbajabiamila. It will amount to an understatement to say people of Agboyi kingdom were happy, as the development sure gladdens their heart in no little measure. 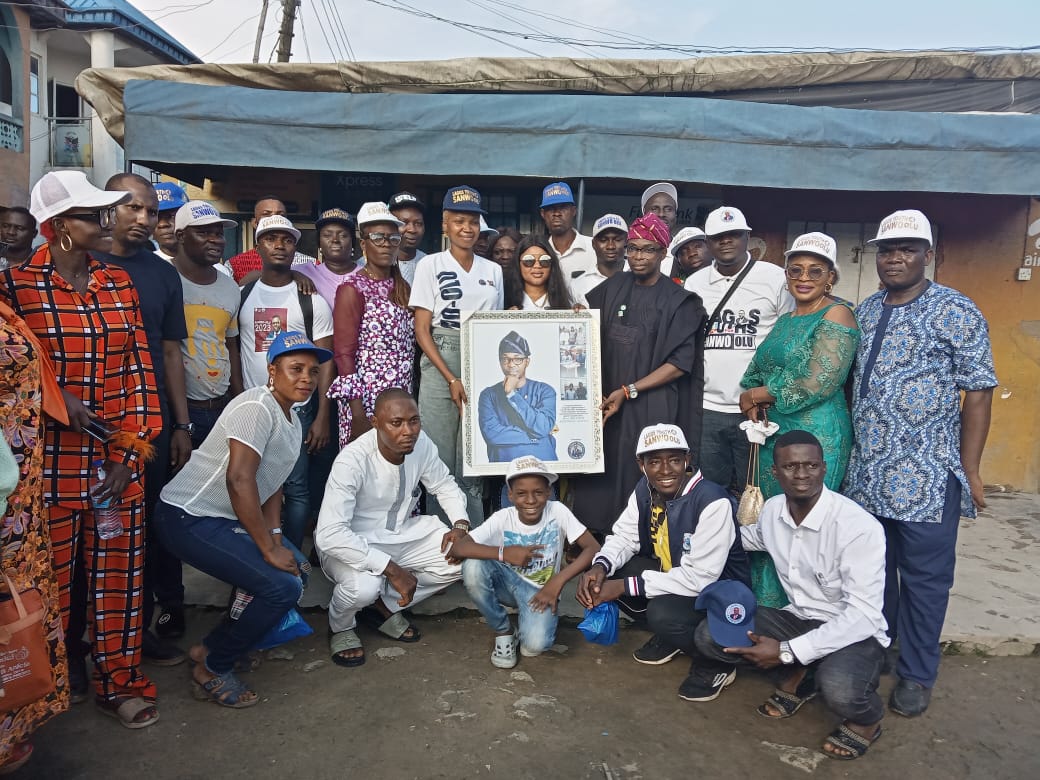 It was on this heel that leadership of Agboyi kingdom, as led by the Olu of Agboyi, Oba Monsuru Oladega, decided to felicitate and host their son to a reception. On the day of the event, having deployed canoes to ferry Ladega from the land to the Island, sons and daughters of the community of different ages, with music and drumming blaring, they gathered at the shores of the Island excitedly waiting to receive their son who has made them proud. The man of the moment was eventually received with his entourage that included members of the All Progressives Congress, APC, representatives of the Speaker Gbajabiamila, press men, friends and well-wishers. The train moved straight to the palace of Olu of Agboyi, where the reception was held in honor of the latest Special Adviser to the Speaker of the House of Representative.

During the event, Olu of Agboyi, Oba Monsuru Oladega, appreciated the Rt. Honorable Femi Gbajabiamila and thanked him for appreciating the steadfastness of their son, by counting him worthy for the enviable position.

Oladega, in his speech thanked God for making such a day possible. He expressed appreciation to his principal, Gbajabiamiala, for reposing a great trust him by appointing him to occupy such a sensitive post. He however promised to live up to expectation. In the same vein, Degasis expressed gratitude to his father, Oba Oladega and the entire community of Agboyi, for the unflinching support they have ceaselessly granted him. He also promised not to let them down but to keep making them proud, even as he assured them hew would not relent in working for the greatness of Agboyi community. Indeed, Agboyi Kingdom was agog for Prince Oladega Ibrahim!

Below are images from the memorable event.