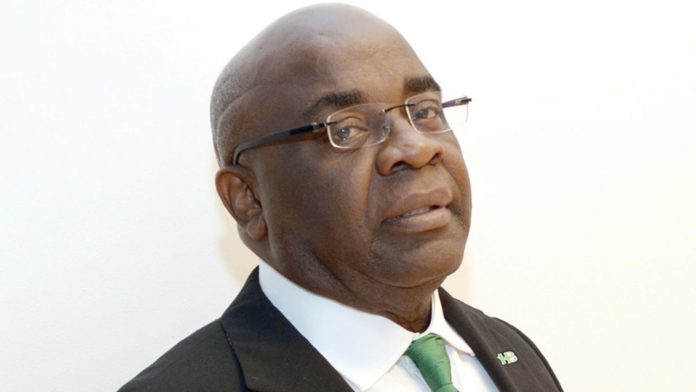 Adewunmi Adedeji Ogunsanya, who is the Chairman of DSTV/Multichoice Nigeria Limited, if information filtering in is anything to go by, may not be finding it easy to cope with what fate has thrown his way once again; making him eligible target for ladies who are on the prowl looking for a man to call their own. The demise of his wife of many years, Moji, aptly creates room for Adewunmi as a potential suitor. Moji had battle with cancer, before eventually surrendered to it in 2014.

Expectedly, female folks who are fantasising a marriage relationship with this money bag are not by any means low cadre ones but sophisticated ladies of substance. At any accidental meeting with Ogunsanya, such ladies are reported not shy in making their intentions known in subtle manner even as sources who should know further revealed it is not impossible certain society ladies are already engaging in cold war over him based on what has been noticed each time the man in question is sighted at social engagements.

However, Adewunmi, law graduate of Kent University is said not to be bothered about the desperate advances and not thinking of yielding as his gaze is focused on his career and other things he considers more important even as he’s keeping all matters relating to his heart secret.