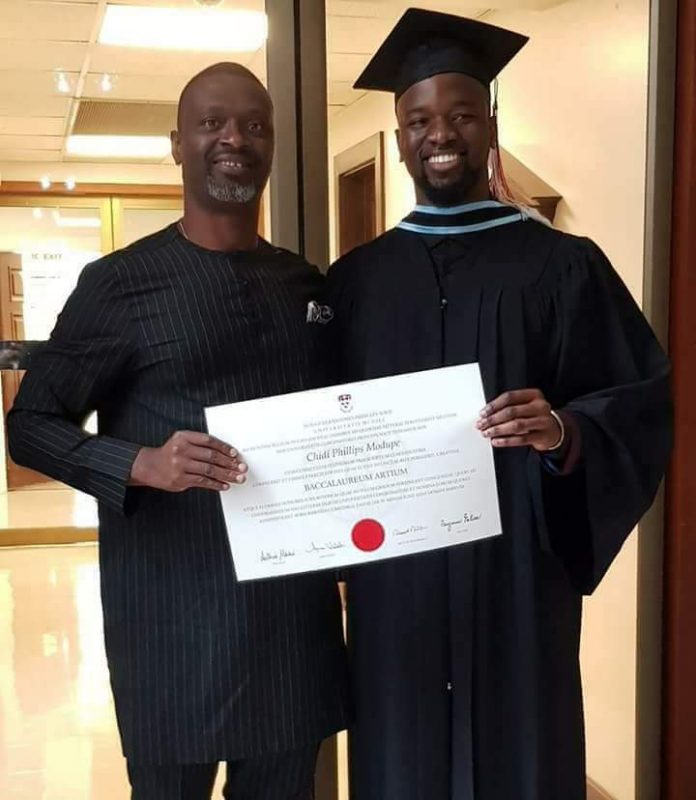 Handsome and fashionable dude, Tokunbo Modupe is one dynamic person who is loved by many for various reasons. While some will do anything to attract his attention because of his style, some simply adore him for being good and successful at what he does. Of course, it will amount to stating the obvious to say this Ondo State-born great P.R practitioner is an accomplished man as the endless list of his accomplishments are there for everyone to see.

While this master strategist is known to be one who doesn’t joke with his trade and preference of his political partisanship, those who are close to him will readily attest to the fact he doesn’t belong to the league of men who sacrifice their homes for something else and as such Tokunbo is a complete family man who is ever excited about his children and makes them his priority. As it is, he’s basking in the euphoria of being an accomplished father as he’s over the moon over his son who has made him proud. Son of Akogun, as Tokunbo is also known, Philips, just became a certified Computer Scientist as he graduated from a prestigious University in Canada, McGill.

On the other hand, it may not be out of place to say Tokunbo’s much talked about interest to vie for a senatorial seat next year is gathering momentum on a daily basis, both within Ondo State and beyond as new and more people have continued to embrace the ambition.