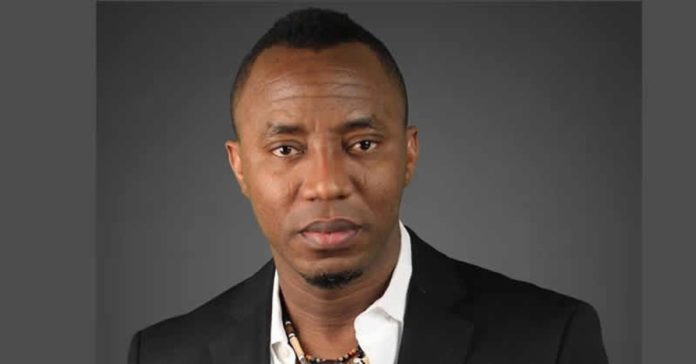 The presidential candidate of the African Action Congress, Omoyele Sowore, has claimed that the Nigerian Election Debate Group has excluded him from participating in the presidential debates ahead of the 2023 election.

The activist made the claim on Tuesday via his Twitter page, where he claimed that the debate organisers have settled for “failed and clueless candidates”.

He further ensured that the “fraudulent” debates would be stopped.

Sowore said, “It has come to our attention that the Nigeria Election Debate Group has excluded us from the series of Presidential Debates to herald 2023 election, as typical they’ve settled for failed and clueless candidates.

“We will ensure these fraudulent debates are stopped!”

A pro-democracy think tank, the Centre for Democracy and Development recently invited some presidential candidates for a debate on Sunday.

It is pertinent to note that Sowore was not part of the presidential candidates that received invitation for the event.

The group extended invitations to leading presidential candidates in the 2023 elections to speak on their plans for the country.

The debate gave them a chance to convince Nigerians that their political parties possessed the best ideas for bringing lasting solutions to the country’s challenges.