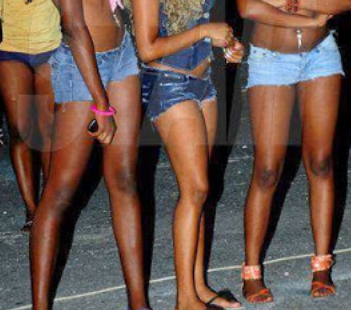 Commercial Sex Workers has Announces Increase In Their Charges Due To Economic Hardship.

Some sex workers in Accra region of Ghana have announced an increase in their charges which they blamed on economic hardship.

The sex workers revealed that the increment in fuel prices coupled with general constraints, have affected their work so badly that they had to increase their charges.

JoyNews reported that the sex workers also pleaded with their clients to bear with them over the increase.

NDUKA OBAIGBENA, ARISE TV AND THISDAY NEWSPAPER ON AN EXERCISE IN FUTILITY – Democracy Ambassador of Nigeria