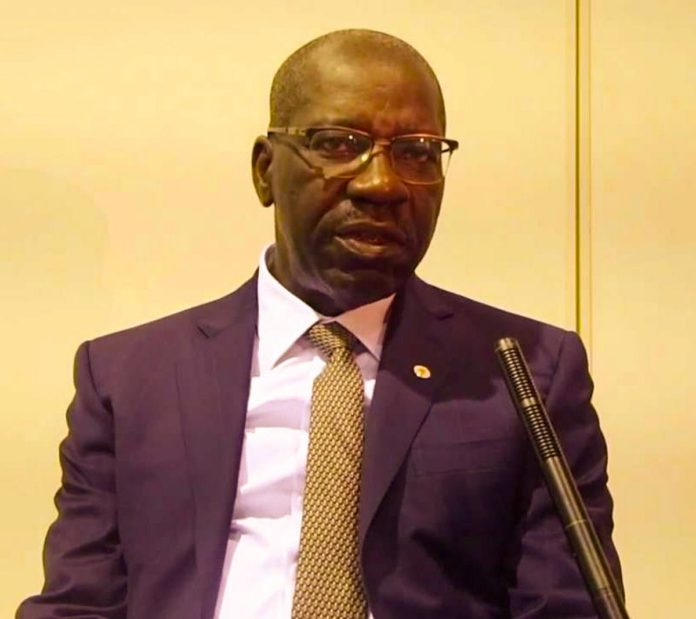 Governor Godwin Obaseki of Edo State on Wednesday announced plans by his government to recruit, train and deployed over 10, 000 local security personnel in the State.

Obaseki who disclosed this on Wednesday during an inspection of the Police Training Facility at Ogida Police Barracks in Benin City, noted that the initiative would complement the efforts of the federal security agents in tackling insecurity across the State.

He said his administration is collaborating with the Nigerian Police Force to build a world-class facility that would help in the training of officials of Edo State Vigilante Security Network, the state’s Constabulary, members of the Public Work Volunteer (PUWOV) and other outfits, to maintain law and order in the State.

According to him, “We are collaborating with the Nigerian Police Force to improve the training facilities at the Ogida Police Barrack Training School. We are rebuilding and upgrading the classrooms, hostels, halls, and drill facilities.

“The purpose of this collaboration is to train members of our vigilante group with modern policing and intelligence gathering skills. Also, the constabulary corps and our Public Work Volunteer (PUWOV) will be trained at the facility.

“The whole idea is for us to be able to complement the Federal Security system with a force of not less than 10,000 men and women to guarantee peace, security and order in the State.”

Obaseki said the facility would have been ready but for the intensity of the rain this year, as it slowed down the pace of work.

He, however, expressed optimism that “within the next 30 to 45 days, all of the improvement would have been completed.

On his part, Edo State Police Commissioner, Philip Ogbadu, commended the state’s vigilante group for the synergy with the police, noting that the partnership has resulted in improved security across the state.

“The vigilante groups are segmented into areas and work with the Divisional Police Officers (DPOs); they are familiar with the areas; they go ahead and the police support them. There is good synergy between the vigilante and the police.

“They have the power to arrest and hand over to the police. They have performed creditably well; that’s why we are bringing them here to get more training and to know their limit, operational guidelines, rules of engagement and other things needed to ensure they succeed,” he stated.