Alleged Visit to Abba Kyari: Zulum distances self from Kyari, says “I don’t know his house”

Tinubu hale and hearty, says Sanwo-Olu •••Governor: We spoke on national issues, APC during my visit to London

RCCG pastor killed on the pulpit in Lagos 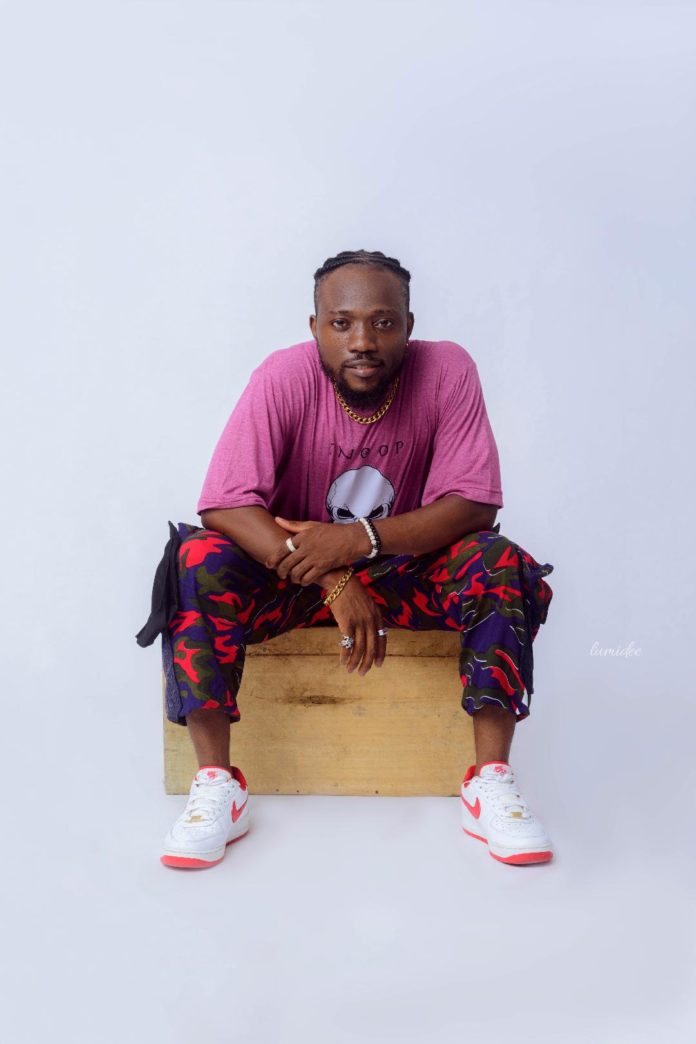 In January 2021, emerging Nigerian Afrobeats and Afro-norteño singer/songwriter Lariano had a minute play of ‘Symphony’ on Clubhouse, an unreleased song from his forthcoming EP ‘Hyphenate.’ This song caught the attention of the moderators and he was immediately scheduled for an interview by one of them (Richardine Bartee, CEO Grungecake) on California-based radio station KXGO 995.

“Hyphenate” features six songs, including five brand new tracks alongside acclaimed single ‘’Roboto’’ featuring JamoPyper. This release completes what has been an extraordinary period for the ‘’Bebaje’’ crooner whose smash hit ‘Roboto’ delighted fans all over the globe, earning him new fans including the finest DJs from Nigeria and California who are blown away by his genuineness and relatability.

While the ensuing pandemic put a hold to touring and festival plans, Lariano was working on an array of bangers with highly skilled creative acts like JamoPyper, Lahlah, Mykah, Vsticks and Ybeats. Lariano, who in an interview expressed his source of inspiration mentioned that he gets inspired by sounds, history, nature and happenings around the world. With the release of this impressive debut EP “Hyphenate”,2021 looks set to belong to Lariano too.

Off the project, ‘’Survive’’ is contemplative and was created with the idea of a funk instrumentation but with an Afrocentric vibe and melody. With this song, Lariano delved into his childhood and equally his belief about life and success while also showing appreciation to all parents for their efforts in raising children.

‘Survive’, being the first track on the EP is intentional. Lariano wanted the world to know how he started his journey and what he’s been through. He worked with Ace Producer Lahlah on this song and it was indeed a wonderful and memorable experience for them.

Songs like ‘’Symphony’’ was composed during the pandemic. The inspiration behind this song is centred around lifestyle: Party and dance with the line ‘Would you sing for me, let me hear your symphony’ embedded in the chorus. The instrumentation of the song is a typical Afrobeat percussions and drums but with a spice of Norteño, dance Caribbean and Bossa nova type of strings on it. It also has a melodious chant that begins the song and is layered all in the chorus so as to blow the listener’s mind in an instance.

The instrumental was produced by Lahlah, lyrics written by Lariano and song recorded in Lagos, Nigeria.

The song ‘Don Dada’ is a lyrical expression of Lariano’s tenacity, a statement of hope, resilience and strength as it relates to his life experiences. Despite all the doubt and demoralizing utterances, it never stopped him from believing in himself and in achieving his dreams. ‘Don Dada’ was recorded in Lariano’s home studio in Lagos, Nigeria. The song was lyrically delivered in Pigeon English with a bit of Jamaica Patois and Yoruba Language to be relatable to different categories of audience.

On this song, Lariano spoke about how negative words could not stop me from attaining academic, corporate and music excellence. ‘Don Dada’ was produced and mixed by Ace Producer Lahlah.

With other tracks on this EP, each reflecting the journey of pursuing Lariano’s passions all at once, ‘Nakie’ is a track that was written from raw emotions. Its origin is memorable as it emanated from a young talented producer named ‘YBeatz’ on Instagram who marketed the house music genre instrumental popularly referred to as ‘Amapiano’. On listening to the instrumental, it caught Lariano’s attention and he teamed up with him alongside the prodigy producer Mykah to complete this track.

‘Nakie’ is a song that is lyrically powerful. Although it talks about lifestyle, women and money, it is a prayerful song to the Almighty for continuous support and provision. With some lines of the chorus lyrics: “Oluwa mase mi ni olowo ana, Ihoho mowa, Ewe lon bo asiri Eko” meaning “Lord do not revert me to my poor status, I am naked, if not for your protection and provision” hence the reason for the title ‘Nakie’.

There’s also‘My baby’, an Afro-pop and Afro-highlife song written and delivered in a unique style to express love, affection and romance. It finds Lariano singing about his personal experience on meeting his first love. ‘My Baby’ was intentionally created knowing that life is the flower and love is the honey. Many people are experiencing love and this song serves as an opportunity to encourage those who have given up; to find it and spark a flame. Love isn’t just a symbol or a four-letter word: Love is Beautiful.

‘My Baby’ was written in the year 2019 but recorded in 2020. The song was produced by Vsticks, mixed and mastered by Lahlah.

Lastly there’s ‘’Roboto,’’an Afro-pop song mixed with Bossa nova strings and a fine blend of African and Caribbean percussions. The story behind ‘Roboto’ speaks to debtors who never pay their debts; rather, prefer to live a flamboyant lifestyle and show-off on social media. This song also talks about how attractive a man suddenly becomes to ladies as soon as his wealth arrives.

For the song, Lariano teamed up with the fast-rising Zanku Act, JamoPyper who used his lyrical chant and lyrics to deliver a superb melody. Roboto was produced by Lahlah. Lariano’s previous singles (Thankful, Bebaje and Roboto,) show his uniqueness and versatility as an artist. His upcoming EP “Hyphenate” is meant to reveal several sides of the musical gem. It’s important to Lariano to use his music as a medium to talk about things he cares about, God, family, love, lifestyle and purpose.