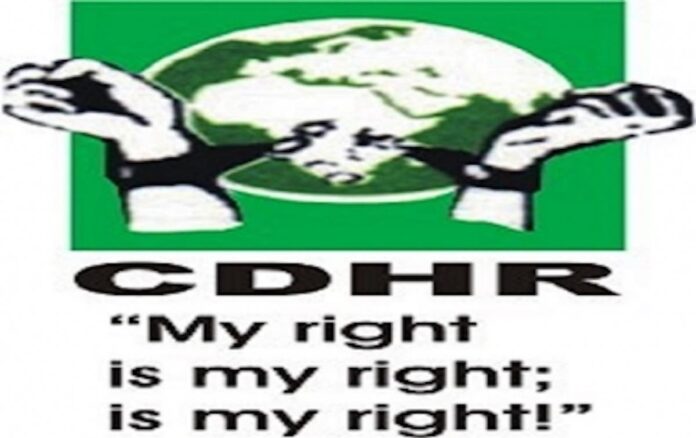 The Delta State Branch of the Committee for the Defence of Human Rights, CDHR, today said a majority of Nigeria’s security personnel are into drug trafficking in the country.

Delta State CDHR Chairman, Comrade A.P. Edariese made the statement during a chat with our correspondent shortly after the CDHR, in collaboration with the National Drug Law Enforcement Agency, NDLEA, sensitized youths against drug abuse in Warri.

While noting that embattled DCP Abba Kyari was used as a scapegoat, he said, “If a thorough investigation is allowed to be carried out, you will hardly find up to 40 percent of officers who are not involved in drugs.”

According to him, “Nigerians have delight in becoming a force man, police top brass, an army officer, the navy and others. By that, they’ve secured protection against arrest, against any form of justice against them. So, they use that acquired status to encourage drug trafficking.

“Because they know if they load their vehicle with drugs, nobody will check them. They’re even the major carriers.

“If drug abuse must be reduced,every sector of the country must have to purge themselves.”

Edariese appealed to Nigerian leaders and politicians to go back to the fear of God and the laws they enacted with a view to pondering its implications just as he lamented that the youths are also being used by politicians for drug trafficking.

He said drugs and poverty are the main influencers of insecurity in the nation today.

He added that youths become emboldened no matter the gravity of the crime either heinous or otherwise.

“Nigeria’s situation does not allow a person to have what to do. Those who finished university, they have no jobs, those who learn skills have no money to establish themselves. They’re roaming the streets.

“They’re easily captured by peer groups who are criminals already and they become indoctrinated. When they take the drugs, they now know that committing crime is being celebrated in Nigeria more than being hard working.”

He said for drug abuse to be eradicated in Nigeria, many sectors have to be purged.

He said the majority of the politicians are cultists saying they take drugs and they send the youths to procure the same for them.

“They give them cover and in bringing them to them. The youths now know the use of the drugs and enter into using them.

“Those who do kidnapping at the point of kidnapping, they’ve lost the human sense in them. So, even if it is their father they kidnap, they don’t bother. These are some of the issues.

“For drug abuse to be eliminated in our society, the politicians, those who are ruling us should go back to the drawing board and turn back from that filthy way,” he said.

Edariese said the programme is timely. He said the CDHR deem it necessary to be proactive to be the first of its kind throughout Nigeria.

He said they sensitized the youths who are the most affected to be beware and take care of all they do as it relates to drugs.

He stressed that the consequences of the effects of drug abuse are becoming more obvious and disturbing in society.

Meanwhile, the Delta State Command of the NDLEA has commended the CDHR for being the catalyst for holding its first sensitization on the newly launched War Against Drug Abuse, WADA in the Country.