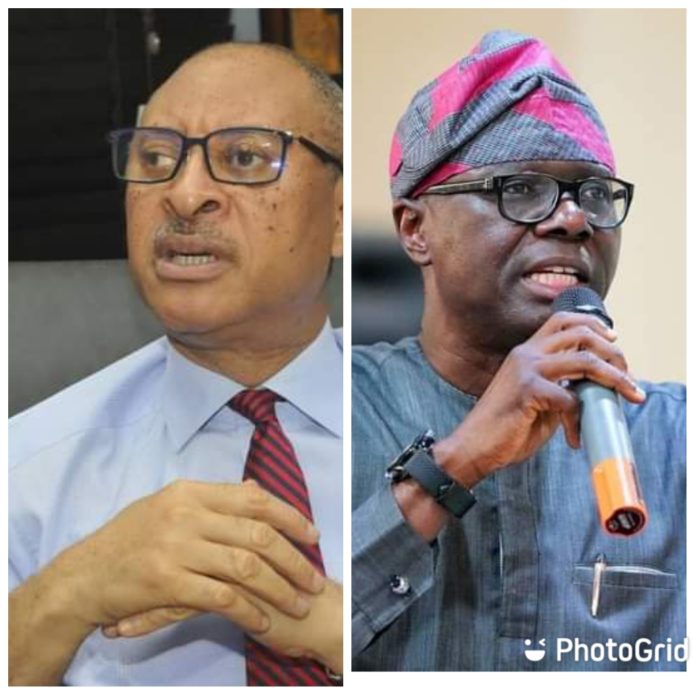 Some eminent Nigerians have rated Governor Babajide Sanwo-Olu’s administration high in their mid-term assessment of the government.

They said he is on track.
One of such ratings came from a renowned economist, Prof Pat Utomi, who said the state was being repositioned by the governor’s transformational strides.

Hailing the commitment demonstrated by Sanwo-Olu to take the state to loftier heights, Utomi noted that infrastructure upgrade would boost local and foreign investments.

He, however, urged the governor to take advantage of Lagos’ littoral status to maximally harness its economic potential, replicating developmental drives in every part of the state.

“Governor Sanwo-Olu has done well, as Lagos has thrived well under his leadership,” he said.

The Executive Director of the Lagos- based Centre for Public Accountability, Olufemi Lawson, said one could not but laud the commitment and consolidation of the visions of the governor’s predecessors towards transforming Lagos to a mega city.

He commended the approach of Sanwo-Olu’s administration in ensuring that virtually all developmental projects left uncompleted by his predecessor were completed as a matter of priority.

Lawson said: “The governor’s commitment towards making Lagos economy bigger than he met it is very significant. This is not appreciable to Lagosians and Nigerians alone, but also the international community.

“Being conscious of the vast growing population in the state, the administration has focused on improvements in social services such as housing, transportation and security.”

He described as noticeable, the spread of sustained infrastructural development by the Sanwo-Olu government.

Lawson said the Sanwo-Olu administration had reduced crime by providing regular logistical support to the Police Force and other security agencies.

He likewise spoke about the heavy investment made by the Lagos State Government on developmental initiatives for youth, which included skill acquisition programmes, educational support, loans and grants.