How Her Revered Title, Iyalaje Of Oyotunji, USA Will Open Doors For Her

…Her Plans To Rekindle AJE FESTIVAL In The USA Every October!

Many Nigerians in the Diaspora are known for indulging in shady and fraudulent practices much to the debasement and degrading of their dear country which they should be trying hard to sanitize the battered image.Many in their ilk have wantonly created for the nation abroad but even in the midst these unwholesome and worrisome development, there are still some kind-hearted,highly industrious and very deeply officious in their pre-occupation abroad, who are giving the country a good image and impressive report. 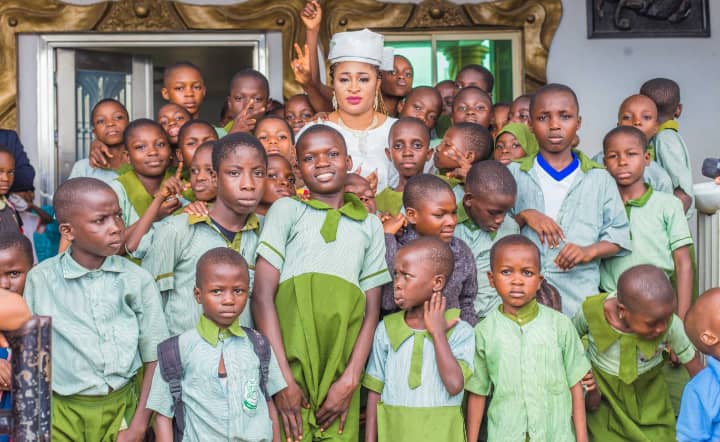 One of these Nigerians based abroad will never drag the name of their country in the mud abroad, is the indefatigable, inimitable, indubitable and extremely enterprising US-based Chief (Mrs.) Alice Eniola Owolabi, the newly-installed Iyalaje of Oyotunji, South Carolina, USA. She is the complete woman and epitome of verve and tenacity of purpose, having traversed the length and breadth of the US with entrepreneurial and innovative ground-breaking exploits in many areas of endeavours, especially in the core areas of preservation of culture and tradition of her Yoruba stock in far away United States of America, where she has been staying and working assiduously for the past 15 years going to 20 now.

The Ihima, Okehi LGA, Kogi State-born virtuous woman and lady of substance and the Yeyeluwa of Oto Aworiland, Lagos state-cum-real estate and property merchant of inestimable value is indeed a study in excellence and an interviewer’s delight any day, given her detailed responses to some of the posers thrown to her in a virtual interaction with her from her US base recently.The very engaging and expository interaction is presented to you in parenthesis, just as it will also enlighten you more on how Nigerians and Africans can be more meaningful and more gainful to themselves when they are out of their country, instead of involving themselves in things and activities that could further plunge them into more pitiable horrible situations. Chief (Mrs.) Alice Eniola Owolabi is a perfect and worthy example of a foreigner in a no-man’s-land living her dream to the fullest in the USA, without forgetting her fatherland back home in Nigeria.

Background and Education:
The vivacious and highly cerebral Iyalaje Oyotunji Kingdom, USA, Chief (Mrs.) Alice Eniola Owolabi was born, bred and buttered in Agege, Lagos, though she is originally a native of Ihima, Okehi Local Government Area of Kogi State; she attended her primary and secondary schools in Lagos, after which she proceeded to the University of Ado Ekiti, UNAD, Ekiti State where she obtained her first degree in computer science.After her one year mandatory national youth service she had a brief working stint with some organization, and got married before she left for the United States in search of further greener pastures, acquiring more certifications and trying her hands on other things that will make life more meaningful and rewarding for her and her immediate biological family, whom she dotes on with all fondness. 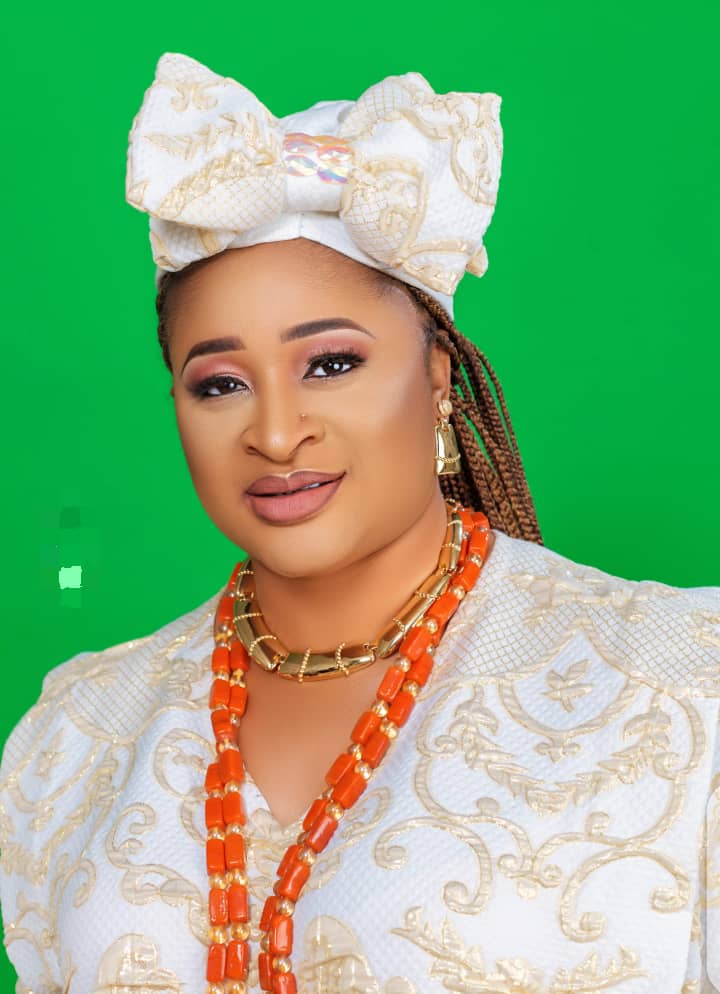 She is now in her early forties and has been in the white man’s land for close to two decades now albeit as a worthy and exemplary ambassador of her native country; just as she has not lost touch completely with her roots back home in Nigeria, as she comes home periodically at least twice in a year to retain her originality as an African and Yoruba woman to the core. She is happily married with children, all of whom stay with her in the US as a well-bonded family, and plies her trade as a business woman and into real estate management and property management and by the side she is also a beautician/hairdresser, but she doesn’t really have much time for that now except she have ample time on her hands to squeeze out for this.

Chief Mrs Alice Eniola Owolabi is into the nitty-gritty of practicable real estate and property development, where she buy lands and sell them to prospective landlords at agreeable rates on instalment basis.
Right now,she shuttles Nigeria where she is a Premier League Member of Real Vest Estate.Since 7years ago,she used to build houses and rents them ou for prospective tenants.
So far so good,she is trying to break even with Real Vest, and in a matter of time should be measuring up with older players in the business.
On how long she has been in the US, the very adventurous Chief (Mrs.) Owolabi has been in the US for the past 15 years mostly in Texas,although she does alternate her stay in other states of the US, even as she comes home two or three times in a year to see to her other businesses here in Nigeria, but she stay more in the US with her husband and her children who are all doing fine.

Her NGO:
Having toiled for many years in far-away United States of America, Chief (Mrs.) Owolabi about eight years ago, thought it wise and most expedient too to give back to the society by way of floating a non-governmental organization which she aptly named, Alice Eniola Foundation, AEF, through which sundry empowerment goodies and largesse will be given to the less privileged and the needy in the society, especially the indigent children and poor helpless widows mostly among her folks in Oto Aworiland, Lagos, where she eminently and meritoriously holds the prestigious traditional chieftaincy title of Yeyeluwa of Oto Aworiland. Through her organization, Iyalaje Oyotunji has been able to touch so many lives too numerous to mention and she is still not done, hoping to do more and even extend her philanthropic and charitable networks to other area outside her present area of concentration.
The AEF is actually her brainchild which is her way of helping the needy. The real motive for the NGO is just to give back to the poor masses and she always try to empower people who are genuinely in need and she makes sure she monitors how the money given out is being used effectively too.

About Oyotunji, USA:
The idea of this Yoruba Kingdom was long overdue and you’ll be surprised that splinters of Yoruba settings are scattered all over North America especially Canada, Mexico and the USA. The Oyotunji Kingdom in the US is tucked somewhere in a village in South Carolina and virtually all Yoruba customs and traditions as practiced in Nigeria are religiously practiced in Oyotunji and you will be surprised at the tenacity of these worshippers of the various Yoruba deities, goddesses and gods; they stand so fastidiously by these beliefs and practices; and these were what they saw in her to formally install her as the Iyalaje of Oyotunji Kingdom by virtue of her forays into man businesses in the US.
As a first step of her duty as the Iyalaje of Oyotunji,she is planning to stage the annual Aje Festival in Oyotunji and this will come up with its main edition in October this year 2022 and it will henceforth be an annual event where prominent Yoruba nationals all over the world and traditional rulers of Yoruba stock will be invited to participate and solidify the rich Yoruba cultural and traditional heritage through commerce and exchange of ideas and philosophies of the Yoruba nation worldwide.

Prophet Genesis Celebrates Oluremi Tinubu at 62 …She’s a woman of substance worth emulating by other women, says Oladele