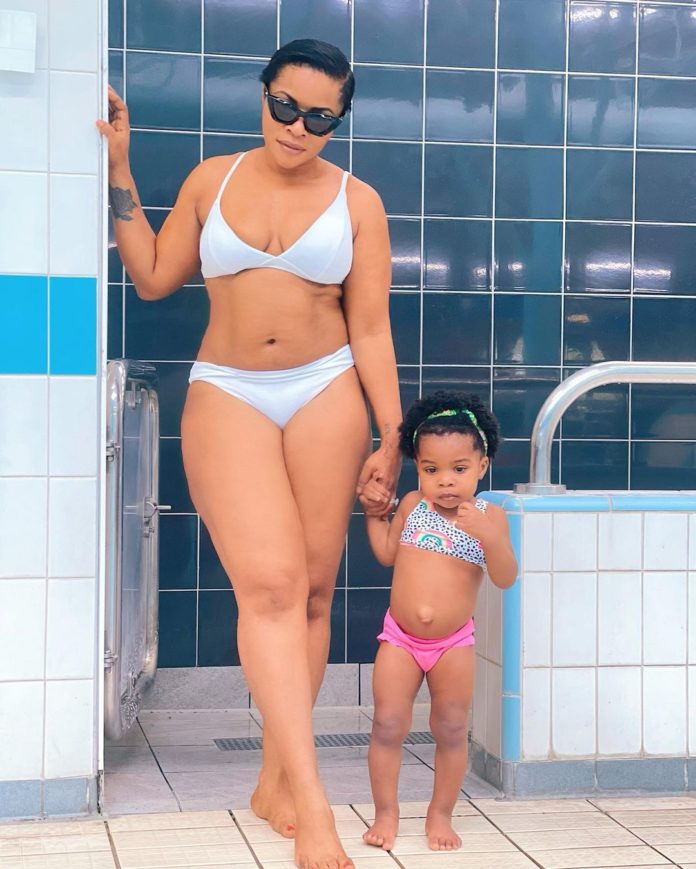 Laura, younger sister to celebrity blogger, Linda Ikeji, is presently a source of attention on the instagram. 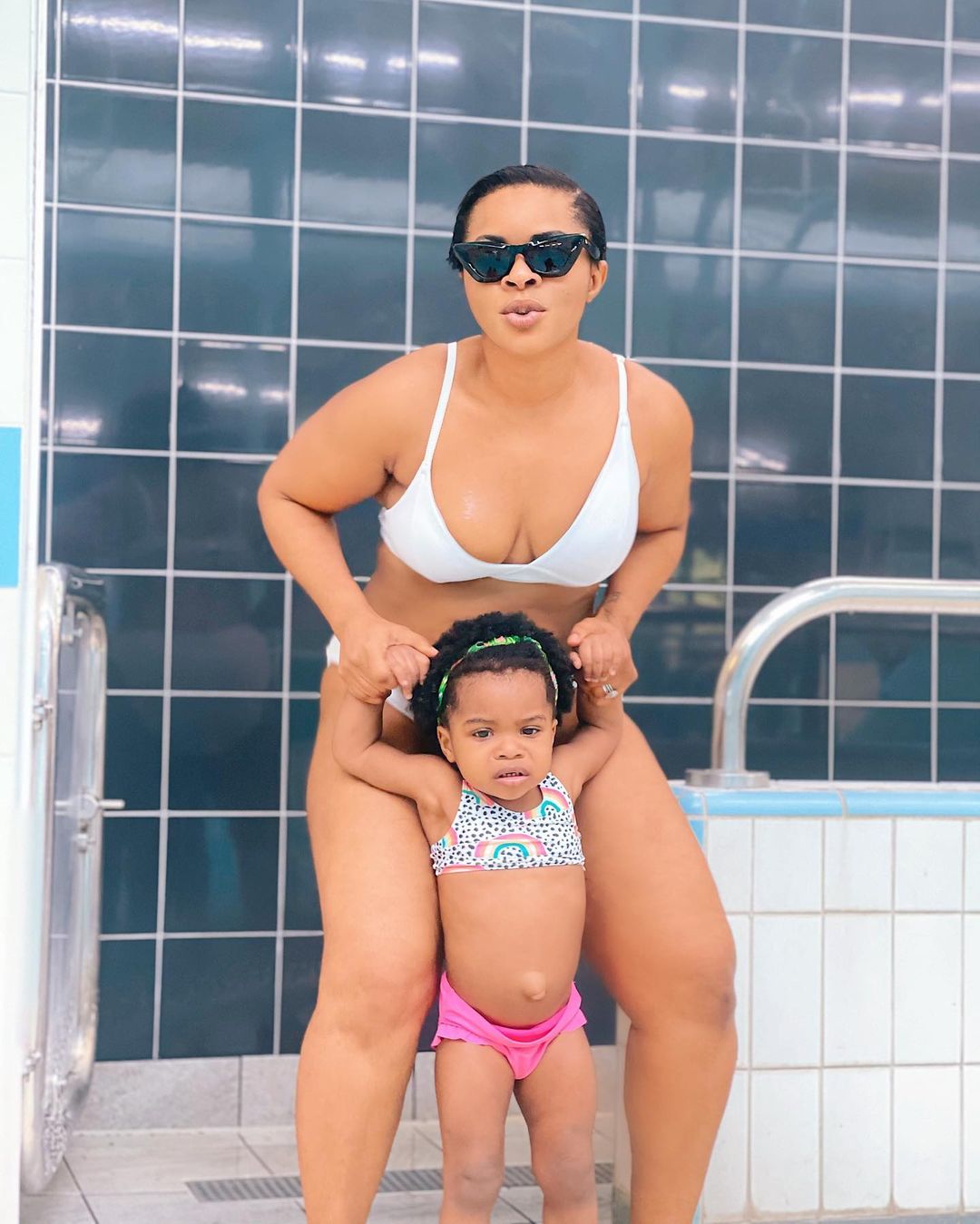 Laura who is married to Kanu Nwankwo’s younger brother, Ogbonna, ex-footballer, released pictures in which she spotted just bra and pants, having swell time at the pool in company of her husband and children. 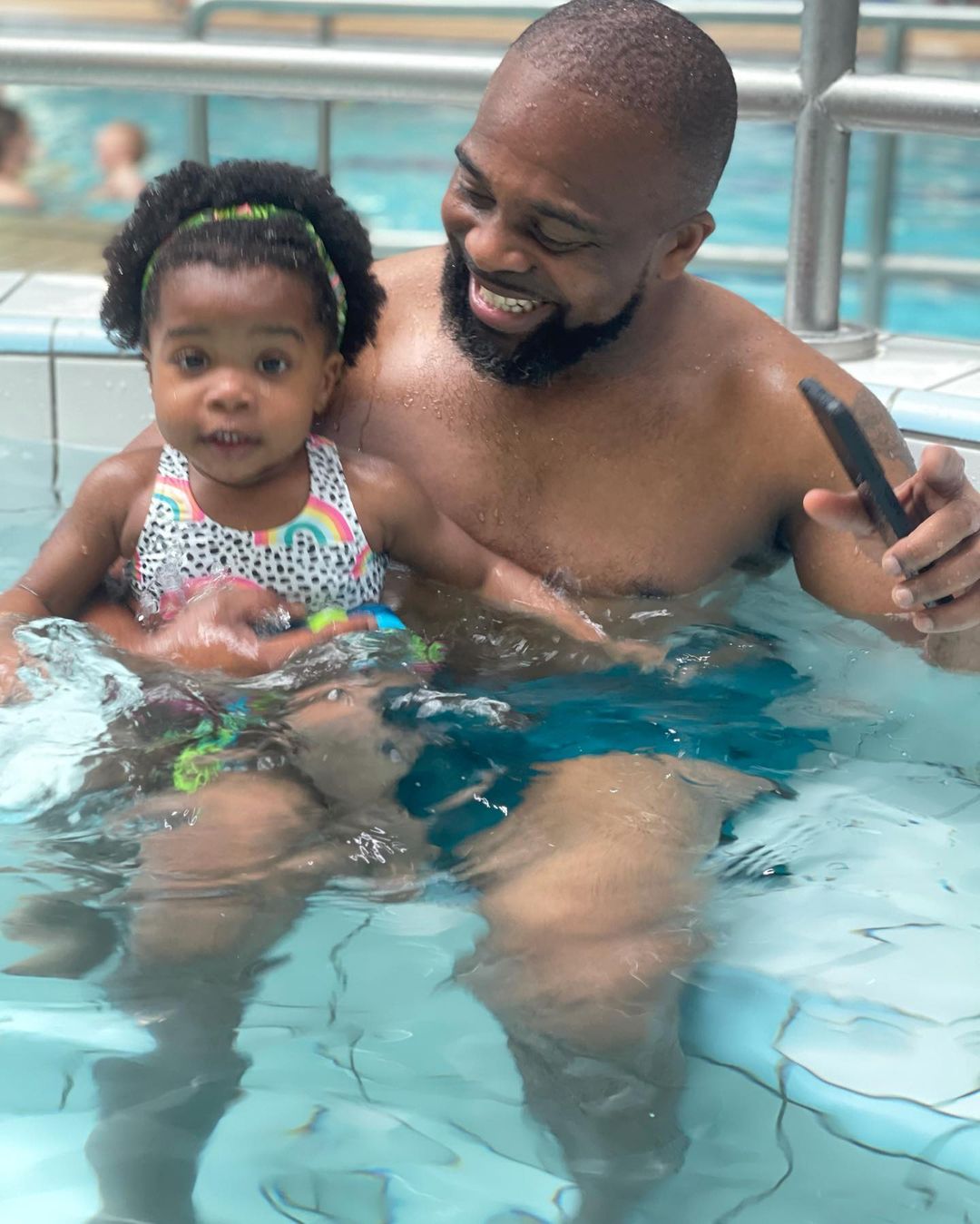 While some feel there is nothing wrong in how she appeared in the pictures, others feel such appearance is indescent for a married woman. 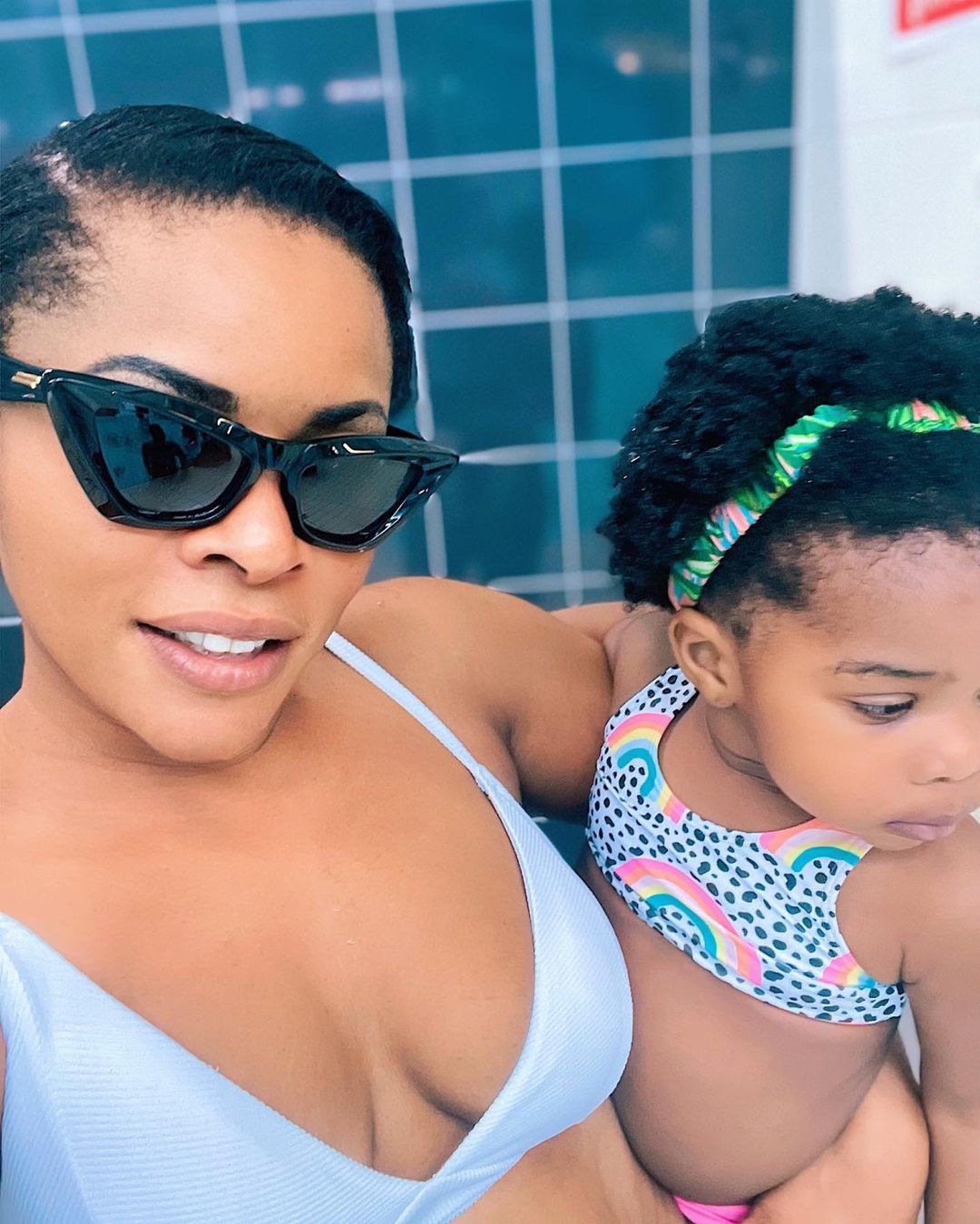 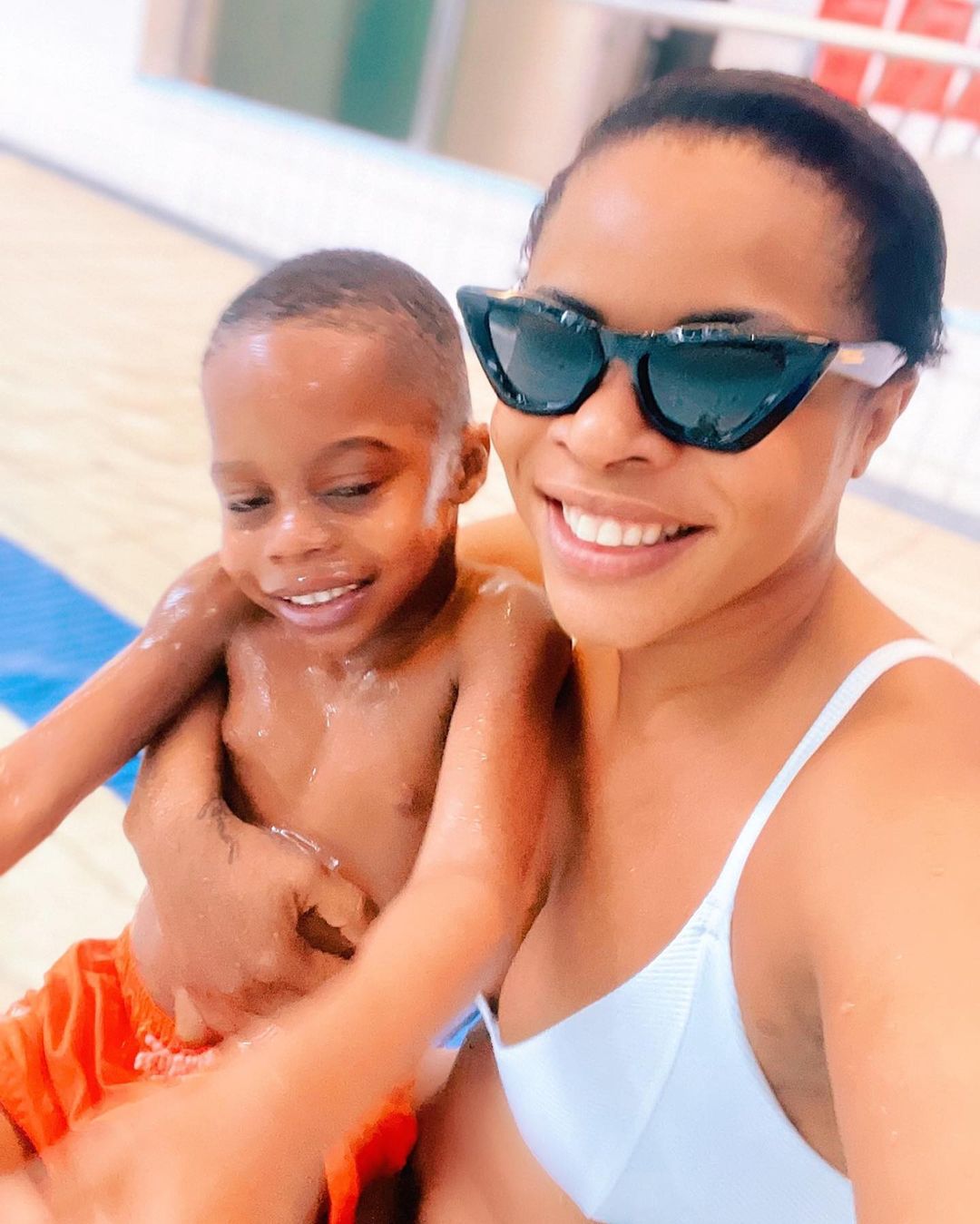